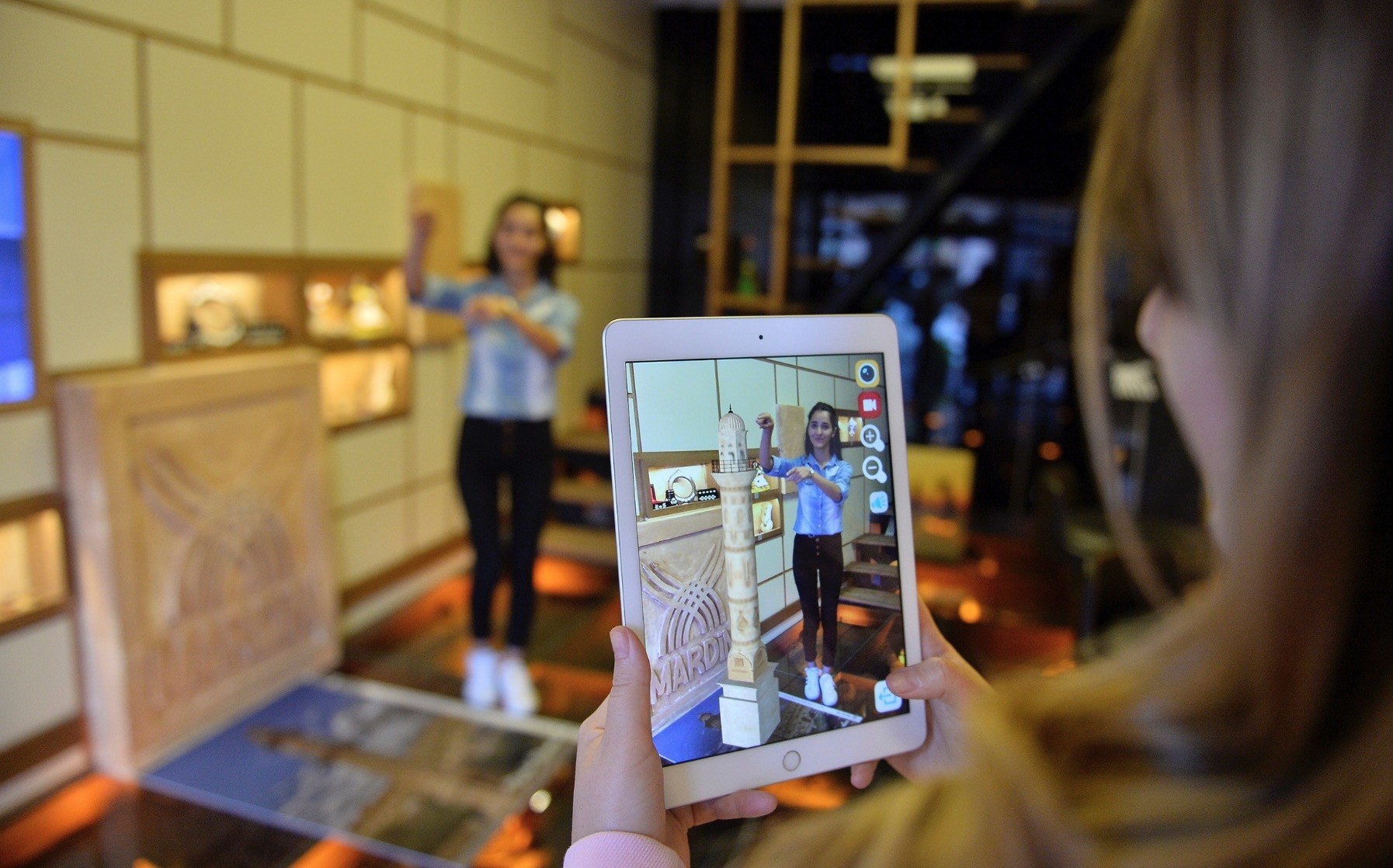 Mardin, the cradle of many civilizations, now has its own augmented reality (AR) app which will allow tourists to discover the city in much more detail.

The app "Mardin AR" can be downloaded to smartphones and tablets free of charge, enabling tourists to get information about structures and historic monuments scattered around the city.

With the app users can point the camera on their devices toward historic buildings, learning more about the past without needing the help of a tour guide.

Although the augmented reality tour app was released only two months ago, the service has already been used by more than 8,000 people.

Offering insight on the AR app, Aleksandır Bayruğ of Mardin Metropolitan Municipality said the app has helped increase interest in the history of the city.

"Tourists are able to see historic structures that they have never seen before on their phones in 3D and get information in writing or via videos and photos. This is the first time that augmented reality has been used as a tourism tool in the region," said Bayruğ.