Public hits back at 'hostile architecture' in European cities 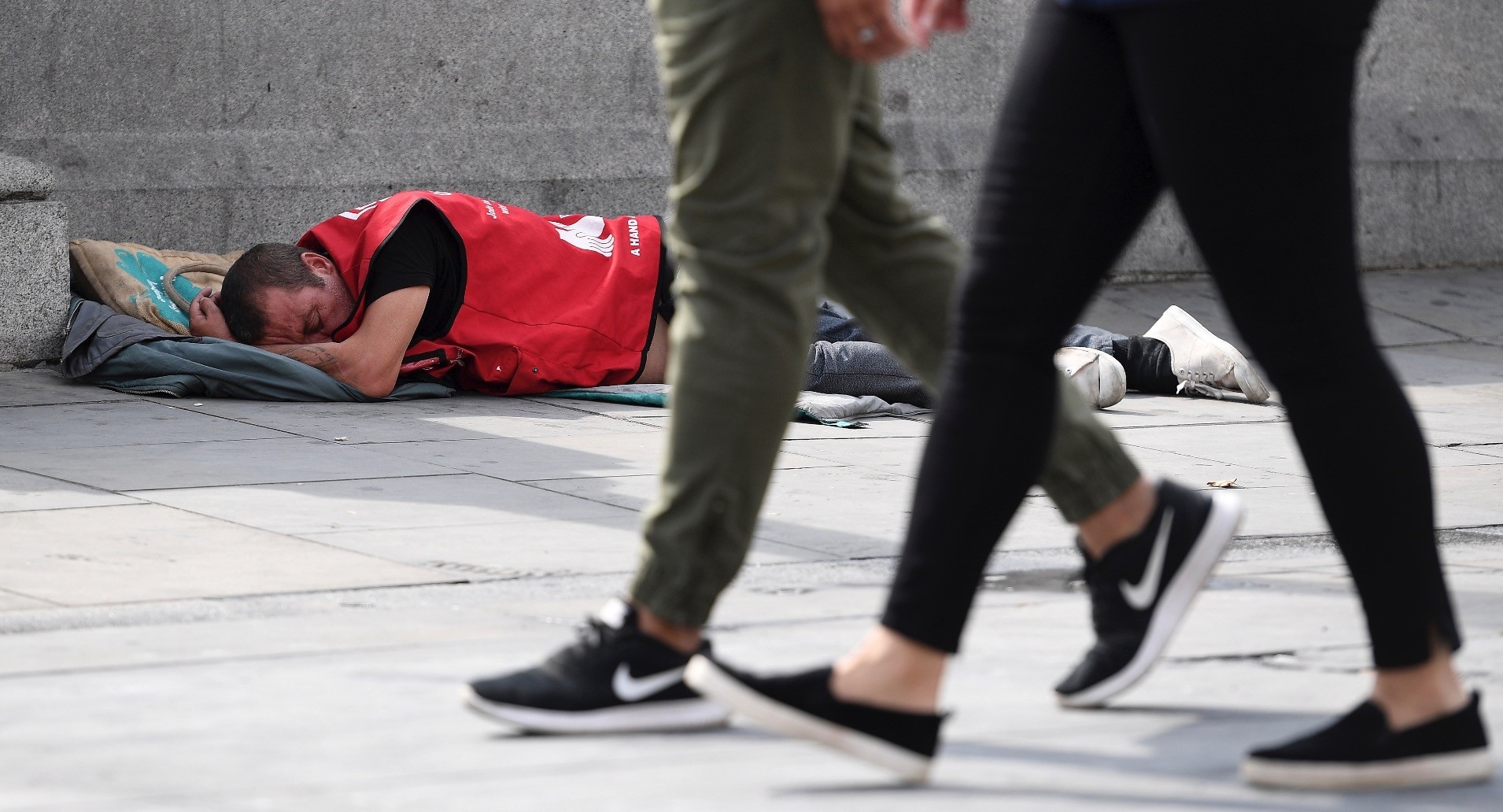 Short, sharp spikes in a doorway, thick curved arms dividing a public bench to stop people sleeping there, metal railings demarcating a park - such designs are an increasingly common sight on Europe's streets.

From London to Hamburg, urban planners are redesigning public spaces to curb rough sleeping, but artists and citizens are fighting back against so-called "hostile architecture" in a battle to make cities more people-friendly.

"They (designs) can be quite invisible ... that's why they're quite dangerous," he said, adding that he first noticed the "nasty undercurrent" of hostile architecture in his hometown of Bournemouth, when metal bars were added to public benches.

This stopped homeless people from lying down and people with physical disabilities from sitting on the benches, he told the Thomson Reuters Foundation.

Across Europe, many countries have seen the number of homeless people rise since the 2007 financial crisis as a result of austerity measures and rising housing prices - with an estimated 4.1 million homeless people in the European Union.

In response, authorities have enforced street begging bans in Denmark, Greece and Romania, while Hungary changed its constitution in 2012 to make homelessness a crime.

German photographer Julius-Christian Schreiner curated a series of images dubbed "Silent Agents" to profile cities' "hostile" installations, including one of stones erected around a bridge frequented by homeless people in Hamburg.

"I see this in almost every city, even small cities," Schreiner said in a phone interview.

The growth in privately managed public spaces has also exacerbated the problem, he said, leaving little room for people to lean back, loiter or socialise without the pressure to buy something.

According to British homeless charity Crisis, six in 10 homeless people in England and Wales reported an increase in "defensive" architecture in 2016 over the previous year.

"Rough sleeping is devastating enough without people having to endure hostility from their surroundings," said Crisis director Matt Downie.

"This is a sad indictment of how we treat our most vulnerable."

Setha Low, an anthropology professor at the City University of New York's Graduate Center, said that the trend risked changing the nature of public spaces "from being inclusive to exclusive".

"I think it's a really subtle way to say to certain people that we don't want you in public," she said.

But citizens are subverting and resisting such architecture in creative ways, Low noted.

In Britain, people have covered anti-homeless spikes with cushions and mattresses, while in Mumbai similar installations were replaced with flowers following social media outrage.

Mayor of London Sadiq Khan has pledged to remove "anti-homeless street furniture" like curved benches from publicly managed buildings such as train stations.

According to Sian Berry, chair of the London Assembly Housing Committee, public o

pinion is "quite firmly against these things" and people are "actually really compassionate".

Berry said that efforts to tackle "uncharitable instincts" that seek to dislodge the homeless could be part of the "Healthy Streets" initiative, which aims to make London a more liveable city.

Artist Semple agreed, saying that "the council and urban planners ... are asking more compassionate questions when designing things now and attitudes are starting to shift". After an image he posted of a "hostile" bench went viral on social media, he launched an awareness campaign urging people to share photographs of "designs against humanity" to build an online database. In France, a campaign launched by homeless charities mapped hundreds of hostile installations across the country online and on social media, under the hashtag #SoyonsHumains (let's be human) following public uproar.

A spokeswoman for the city administration said by email that Paris "refuses" the use of anti-homeless spikes and that "the only valid answer for people forced to live on the street is social support and support for accommodation". However, in most cases the authorities cannot intervene to remove the installations because they "are on the private domain and were installed at the initiative of the owner," she added.