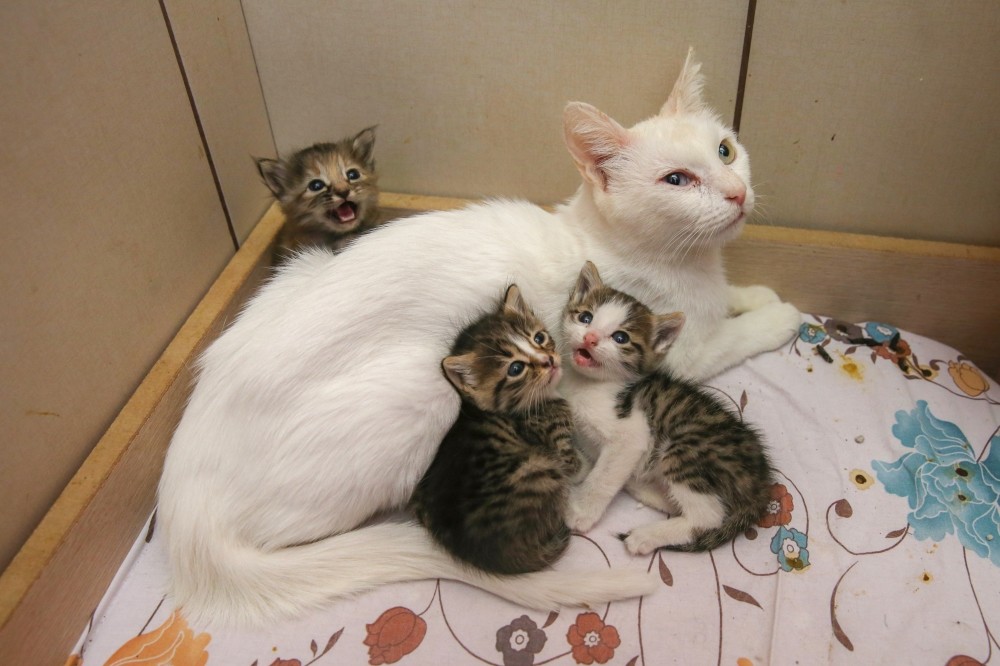 Becoming a mum does not always mean giving birth to offspring and this applies not only to human beings but also the animal kingdom.

In a car accident in Van, a mother of three kittens died leaving her offspring vulnerable to the outside world. But a Van cat called Pamuk decided to take care of the kittens and feed them, becoming their new mother.

Van Cats are known for their friendly demeanor, silky fur, lion-like walk, fluffy tail, mismatched-colored eyes and a fondness for water, and are one of the rare animal species that are not hybridized. To protect the genetics of the cats, Van cats are bred and taken care of at a special facility in Van.

Pamuk the Cat, who is living in the center, takes care of the kittens in every way she can and does not leave their side even for one minute.

Speaking about the phenomenon, professor Abdullah Kaya, the director of the Van cat center, said they introduced the kittens to Pamuk and she decided to feed the kittens on her own.

"The kittens were very hungry when we first found them. Pamuk accepted to feed them and protect them at all cost. It is very moving. Cats usually do not accept the offspring of other cats but Van cats are different from other species. They are natural-born mothers and protective of their kittens as well as the others. Despite knowing that they are not her offspring, Pamuk opened her paws to the three kittens," said professor Kaya.