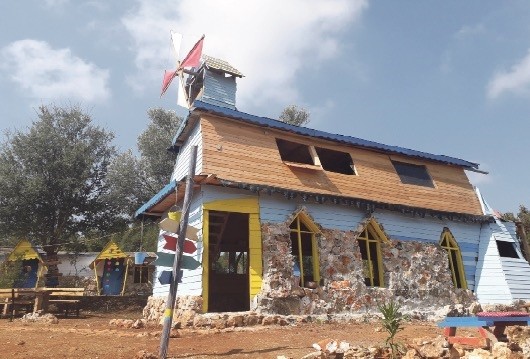 Turkey's first cartoon museum will open in Antalya's famed Kaş district on Oct. 14. The museum is part of Turkey's first cartoon school, The Cartoon Mill, which opened in 2015. The school's founder, Fatih Küçük, said that it was established with the help of Kaş District Governorship. He said that they wanted to give an opportunity to people who want to work with cartoon art.

"The cartoon museum will introduce Turkey in the international arena of cartoon art," Küçük said. "We want to showcase the 35,000-year-old history of cartoons."

So far Küçük has educated some 3,000 students since the school was established. The Cartoon Mill focuses on universal and scientific values in its educational and cartoon works. Everyone can attend cartoon workshops organized by the school. "All state schools in the area can organize day trips and benefit from free events here," he said. Küçük added that the museum will present well-known cartoon figures, imitations and materials from around the world in chronological order.