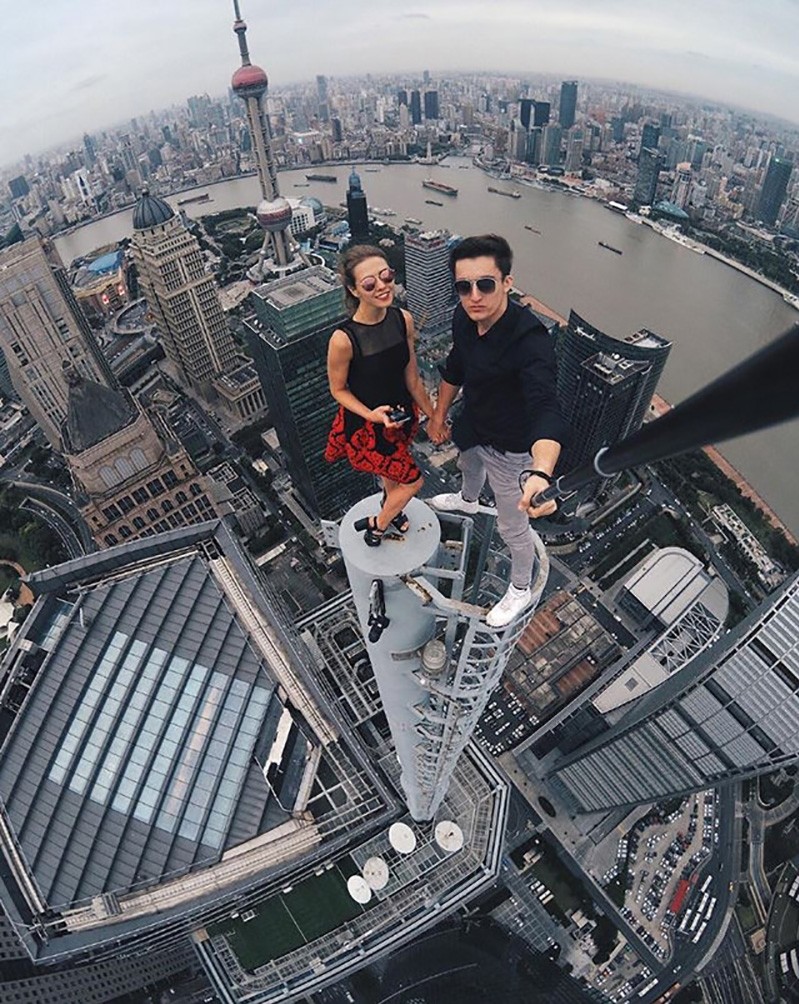 As selfies have taken the world by storm in recent years, they've also taken dozens of lives, according to a recent study.

At least 259 people have died attempting to capture daring selfies, a study by researchers at the Delhi-based All India Institute of Medical Sciences found.

The researchers counted selfie deaths reported in news stories from October 2011 to November 2017.

They found that most fatal selfies happened in India, followed by Russia, the United States and Pakistan.

Seventy-two percent of victims were male and most were under the age of 30. The researchers found that although women generally take more selfies, men were more likely to attempt risky shots – like sitting on the edge of a skyscraper roof.

"It justifies the higher number of deaths and incidents for men," the study, published in the Journal of Family Medicine and Primary Care, said.

India had more than half the total deaths, at 159 reported fatalities since 2011. Researchers said India's large population under 30 – the largest in the world – contributed to this phenomenon.

Drowning was the leading cause of death in selfie-taking accidents, generally due to people falling out of boats or being washed away by waves on the beach.

"Transport" was listed as the second-leading cause of death, for example, attempting to snap a selfie in front of a moving train.

The third-leading cause included fires and falling from high spots.

Another eight selfie-takers died while snapping a pic with dangerous animals.

The U.S., unsurprisingly, came first in number of deaths involving a firearm – people who shot themselves while posing with a gun.

The researchers said selfie-related deaths are likely higher than their count. For example, for people who take selfies while driving a car and then die in a resulting crash, their deaths are reported as a fatal traffic accident. And, of course, there are most likely selfie deaths that are not reported in the news.

Reports of selfie deaths are on the rise, the study adds. Just three deaths were reported in 2011, compared to 98 in 2016.

The study's authors suggest that preventative measures need to be taken to reduce selfie-related deaths.

"Selfies are themselves not harmful, but the human behavior that accompanies selfies is dangerous. Individuals need to be educated regarding certain risky behaviors and risky places where selfies should not be taken," the study said.

"No selfie zones" should be established in tourist areas that have an element of danger, such as the top of tall buildings or mountain peaks.

India has already established about a dozen such zones, with several in Mumbai. Russian authorities in 2015 distributed brochures urging citizens to take "safe selfies" after a rise in fatalities.

In Turkey, several Turks have died taking selfies while driving or posing with a firearm.

In 2015, a day after the opening of the Yavuz Sultan Selim Bridge – the third Bosporus bridge – a semi-truck driver was killed after he stopped on the bridge to take a selfie, causing a traffic accident.

Most recently, in March, a Turkish woman died after falling from a castle in southeastern Şanlıurfa province while attempting a selfie. Oddly, she fell from the same spot where her father had died earlier.