Cats enjoy having their own park in Turkey's Mersin 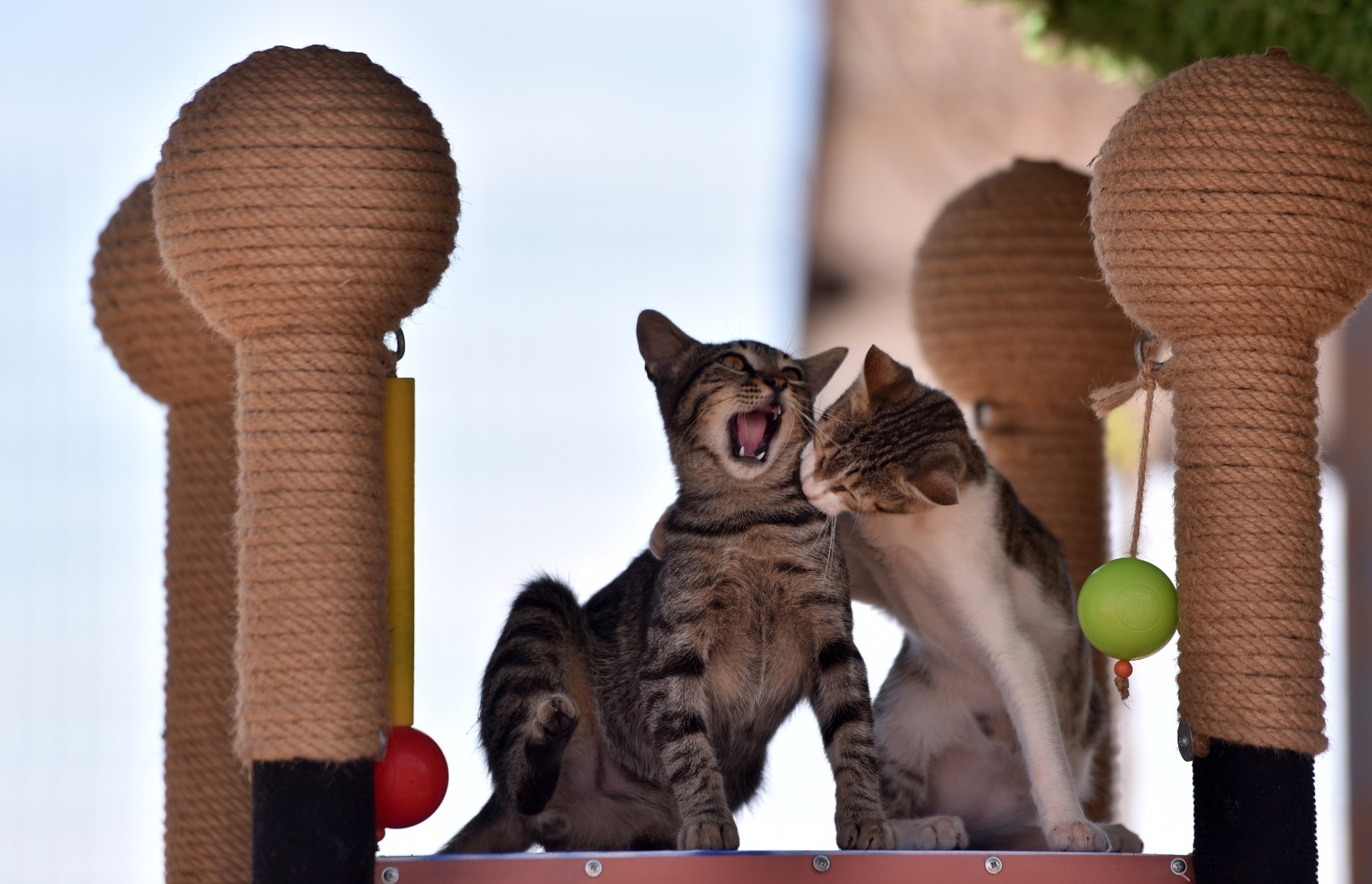 A "Meow Park" in Turkey's Mediterranean city of Mersin has become a major draw for local stray cats, as it provides the felines with safe homes, ample food and a space to play.

The park also provides safety for the cats through video surveillance and gates that block access to dogs and humans.

"Meow Park is the first of its kind," said Kocamaz. "The locals here love the cats and so we created a special shelter for them. They all have a way to live comfortably here."

Describing them as his "fondest friends," Kocamaz said they serve some 600 tons of food to stray animals in the city.

"The cats play in the area set aside for them whenever they want. They leave the park whenever they fancy it," he explained. "We're proud to have had a leading role in setting up this park."

Mehmet Cücük, who heads the city's vet services, also lauded project and the amount of interest it has attracted. "The park creates its own energy via solar power... The cats wander around the shore but come back to the park when it's time to eat."

He said the project began as a way to show love for street animals. "Currently there are nearly 100,000 cats in the park," Cücük said.