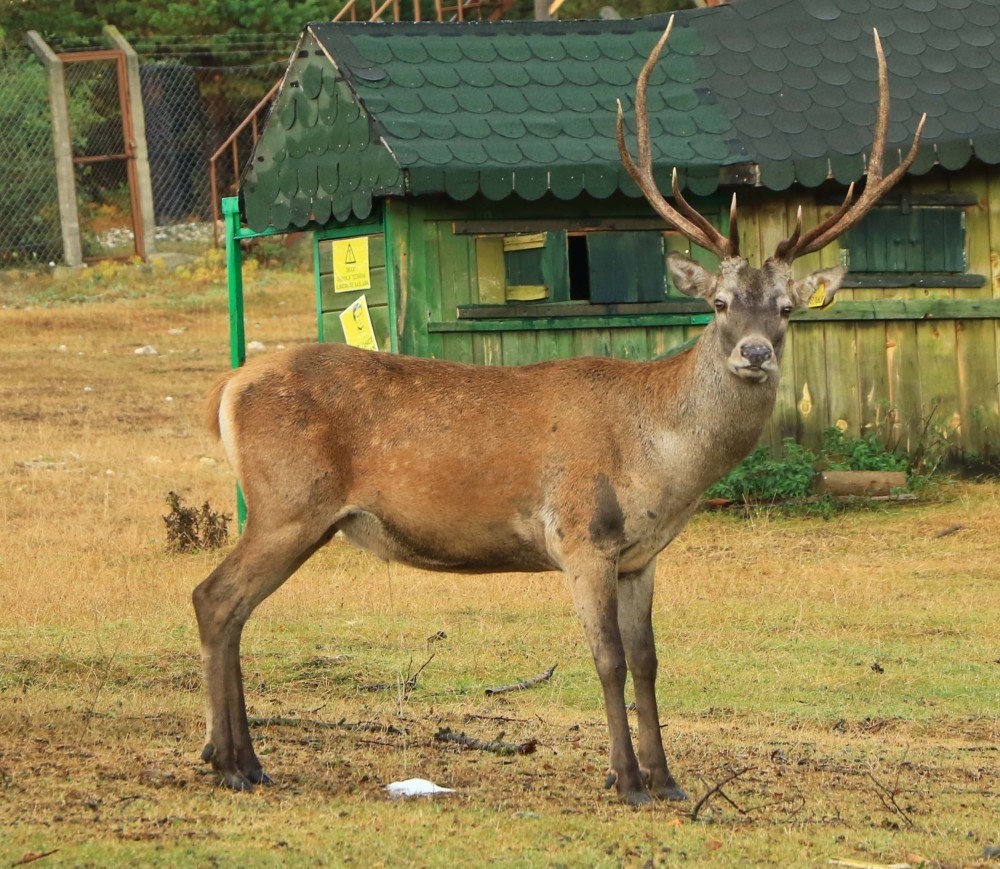 Once a sanctuary for red deer, Vezirköprü Deer Breeding Station is now releasing its residents into the wild, hoping that they will find new homes in the wilderness and boost the dwindling species' numbers.

Work at the station, located in Kunduz Forest in the Vezirköprü district of Samsun province, continues for breeding red deer, whose numbers have continued to decrease in Anatolia.

The Agriculture and Forestry Ministry's 11th Regional Directorate of Nature Conservation and National Parks has produced 106 deer over 34 years at the Samsun Vezirköprü Deer Breeding Station.

With the increase in the number of deer, the area of the center was increased from 7 hectares to 87 hectares. Seventy-five of the deer in the area, which is protected by wire netting, were released across Giresun, Gümüşhane, Çorum and Samsun provinces.

The director of the 11th Region, Hasan Terzioğlu, told Anadolu Agency (AA) that they continue to breed the deer, whose population has been threatened for various reasons including the destruction of their natural habitat and overhunting, at the station.Explaining their goal of increased deer numbers, Terzioğlu continued: "Our station started breeding with a male and a female that were brought from Atatürk Forest Farm in 1984. In 1995, the species was facing extinction. As a result, 75 of the deer among the 106 produced over 34 years were released back into nature."

He drew attention to the fact that red deer are the biggest deer species in Anatolia and noted that male red deer have big antlers that can range between 110 centimeters and 150 centimeters in length. While the average weight is between 60 and 120 kilograms for females and 90 to 190 kilograms for males.

Remarking that eight fawns were born in the station this year, Terzioğlu highlighted, "There are 31 deers, including fawns, in our station. After the babies grow, they will be released into their natural habitat."