Paragliders, pilots to fly over fertile lands of Adana 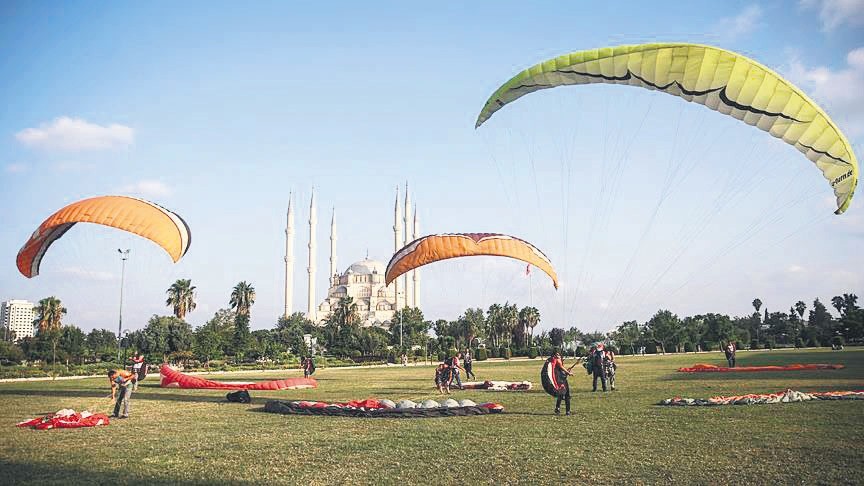 Adana is known to be the land of natural beauties and delicious kebabs, but from now on paragliding will be its signature event. This weekend, the southern province will host the Aviation and Paragliding Festival with the participation of more than 200 people from 11 countries.

Paragliders will fly over the Çukurova plain, one of the most fertile lands in Anatolia, and offer a spectacular display for audiences watching below. Organized for the ninth time, the festival will host sports people in camps around the Seyhan Dam Lake where they will spend a magical time under the stars.

Speaking about the activities in the city, Güner Akkaya, president of Adana Aviation and Adrenalin Sports, said the interest in paragliding has been on the rise over the last decade.

"Paragliding is a sports branch that is still being developed. When we first started to offer paragliding lessons in the city in 2010, there were not many people who wanted to try the sport, but now we have 140 licensed pilots in Adana. With this festival, young people will learn more about paragliding and amateur aviation," said Akkaya.

The festival which will kick off on Oct. 27, and will host paragliders and amateur pilots from Russia, Portugal, Germany, Belgium, Italy, Lithuania, Azerbaijan, Iran, Tunisia and Egypt.