Pacific island plans banning sunscreen in attempt to save coral 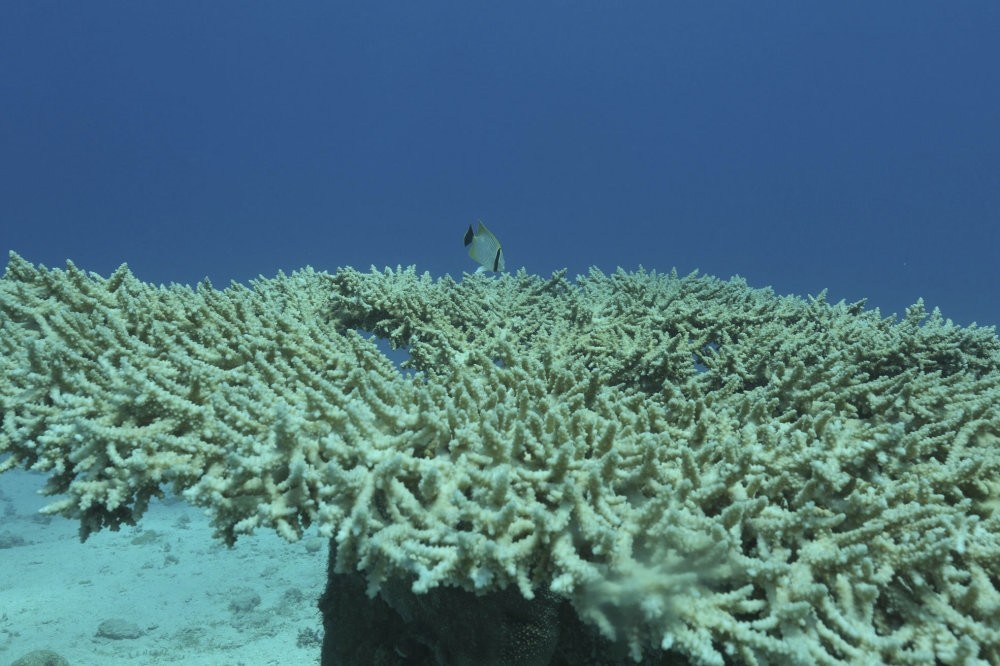 The tiny Pacific island nation of Palau will ban "reef-toxic" sunscreens from 2020 in what it claims is a world-first initiative to stop chemical pollution killing its famed corals.

Palau, which lies in the western Pacific about halfway between Australia and Japan, is regarded as one of the world's best diving destinations, but the government is concerned its popularity is coming at a cost. A spokesman for President Tommy Remengesau said there was scientific evidence that the chemicals found in most sunscreens are toxic to corals, even in minute doses.

He said Palau's dive sites typically host about four boats an hour packed with tourists, leading to concerns a build-up of chemicals could see the reefs reach tipping point.

"On any given day that equates to gallons of sunscreen going into the ocean in Palau's famous dive spots and snorkeling places," he told Agence France-Presse (AFP).

"We're just looking at what we can do to prevent pollution getting into the environment."

The government has passed a law banning "reef-toxic" sunscreen from Jan. 1, 2020. Anyone importing or selling banned sunscreen from that date faces a $1,000 fine, while tourists who bring it into the country will have it confiscated.

"The power to confiscate sunscreens should be enough to deter their non-commercial use, and these provisions walk a smart balance between educating tourists and scaring them away," Remengesau told parliament after the bill passed last week.

Environmental pioneerThe U.S. state of Hawaii announced a ban on reef toxic sunscreens in May this year, but it does not come into force until 2021, a year after Palau's.

The Palau ban relates to sunscreens containing chemicals including oxybenzone, octocrylene and parabens, which covers most major brands. Palau has long been a pioneer in marine protection, introducing the world's first shark sanctuary in 2009, in a move that has been widely imitated. It has also banned commercial fishing from its waters and last year introduced the "Palau Pledge" requiring international visitors to sign a promise stamped into their passport that they will respect the environment. Craig Downs, executive director at the Haereticus Environmental Laboratory in Hawaii, said other nations would be watching Palau's move closely.

"It's the first country to ban these chemicals from tourism. I think it's great, they're being proactive," he said.

"They don't want to be like Thailand, the Philippines and Indonesia, where they've had to shut down beaches. The coral reefs around those beaches have died." Downs said there were numerous scientific papers pointing to a link between sunscreen chemicals and coral reef degradation.

"What we're saying is that where there are lots of tourists getting in the water, sunscreen pollution can have a detrimental effect on nearby coral reefs, as far as five kilometers (3.1 miles) away," he said. Downs called on sunscreen manufacturers to "step up and innovate," saying the chemicals used for UV protection had been largely unchanged for 50 years.

He said there were some sunscreens containing zinc oxide and titanium dioxide that were not reef toxic but added: "The other alternative we've been pushing is sun wear - cover up, wear a sun shirt."