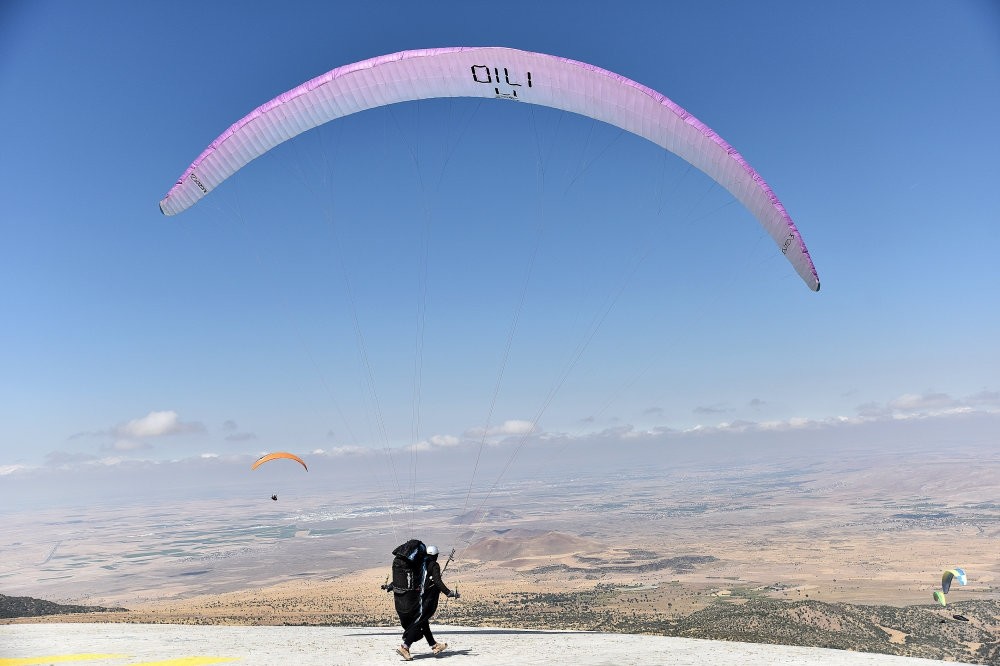 Researchers at Sivas Cumhuriyet University (CU) are developing an app that would show Turkey's hottest paragliding spots at the click of a button.

The software incorporates criteria determined by the Federation Aeronautique Internatonale (FAI), the international air sports body and other geographical data.

Currently, it uses a geographic information system (GIS) to look for paragliding locations in Sivas, which is part of the pilot project.

The app automatically generates a map of potential paragliding locations marked by color codes - yellow for amateurs, green for marked for semi-professionals and red ones for professional paragliders.

It has already been tested for a total of 32 different spots in Sivas and one of them was determined appropriate for professionals.

The software, supported by the Cumhuriyet University's Scientific Research and Project Department, has already been accepted in international literature. It will eventually cover all of Turkey.

Tarık Türk, an associate professor at the university, told Anadolu Agency (AA) that the idea for the app came from students and then transferred into a GIS program by a team of researchers.

He stressed that they want to automatically identify areas where paragliding can be performed in line with FAI criteria.

Türk said that the user interface program took about a year to develop. He added that they have tested the system and it works perfectly. "We took Sivas as our primary location. We entered geographical data about the city, including the height of city boundaries, slopes, aspects, rocky areas and energy transmission lines, to the program and the FAI criteria. Then, we just pressed 'OK' and a computer would process all these data and present us with a map," he said.