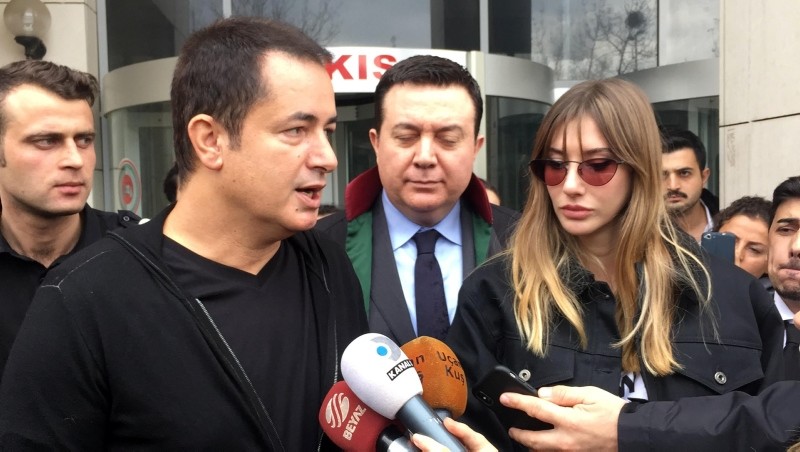 The divorce news came as a surprise as 49-year-old Ilıcalı and 28-year-old Subaşı had married only last year in a glamourous wedding in the southern French resort town of St. Tropez after nearly a decade of relationship that divided almost the entire country into two camps.

The couple arrived together at a courthouse in Istanbul's Silivri district on Monday. After the eight-minute long consensual divorce hearing, Ilıcalı again left with Subaşı. He rejected various rumors of cheating and discord, saying they tried to work their marriage out but failed.

The financials of the divorce are expected to make the headlines of the Turkish tabloid press in the days to come. Early reports said that Ilıcalı will pay Subaşı a monthly alimony of 125,000 Turkish liras ($23,800).

Ilıcalı's previous divorce with his ex-wife Zeynep, which came after his extramarital affair with Subaşı became public, reportedly cost him various properties that are valued some $22 million, in addition to monthly alimony payments of 150,000 Turkish liras.

The couple met some 10 years ago, when Subaşı was a contestant at a game show produced and hosted by Ilıcalı called "Var Mısın Yok Musun" (Are You In or Are You Out). The show drew high ratings during its time of broadcast, but its critics pointed to the fact that the contestants did not need to have any skills since the show and its prize was based solely on luck, with contestants opening randomly-distributed boxes containing prizes.

In 2013, Subaşı gave birth to a girl while Ilıcalı was still married to his ex-wife. Although she was demonized by many for having an extramarital affair and a child, Subaşı managed to overturn this image – partially thanks to Ilıcalı's grip on the media sector – and became one of the prominent trendsetters and social media celebrities in Turkey.

Ilıcalı, who left university and started his career as a sports reporter, currently runs one of the largest media outlets of Turkey. He came into prominence when he started a separate travel segment within the 1990s popular sports tabloid show Televole. This segment developed into a full TV show called "Acun Firarda" in the early 2000s.

The latest addition to this idyllic story was the acquisition of Turkish channel TV8 in late 2013.