Retired botanist gets plants he discovered inked on his body 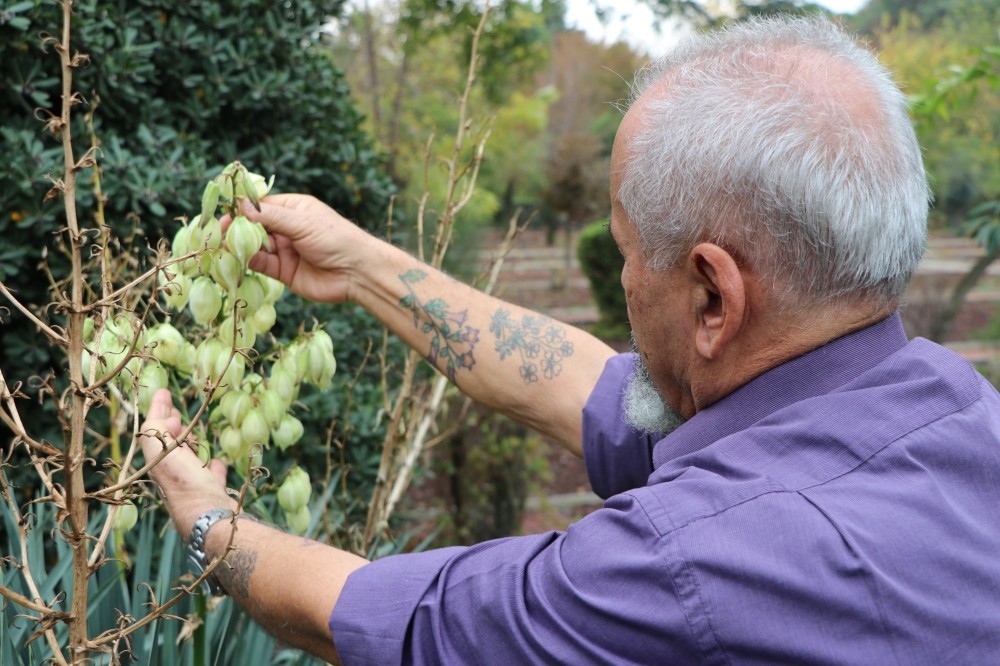 Seventy-nine-year-old Erkuter Leblebici, a retired botanist, is getting tattoos of the plants that he discovered in his professional life.

A former academic at Ege University, Leblebici had started working at the university's Botanic Garden Research Center in 1963.

"If I named them, they should be with me all the time," said Leblebici to clarify why he was getting all the plants he discovered tattooed on his body.

"Among the tattoos, there are the ones that I discovered and ones that were named after me by other botanists. The tattoos are not yet finished. Next, I am thinking about having the echinops mersinensis tattooed."

Although he retired in 1996, Leblebici still works on botany and assists in the "Turkey Flora in Painting" encyclopedia.