Fish released in Mediterranean for sustainability 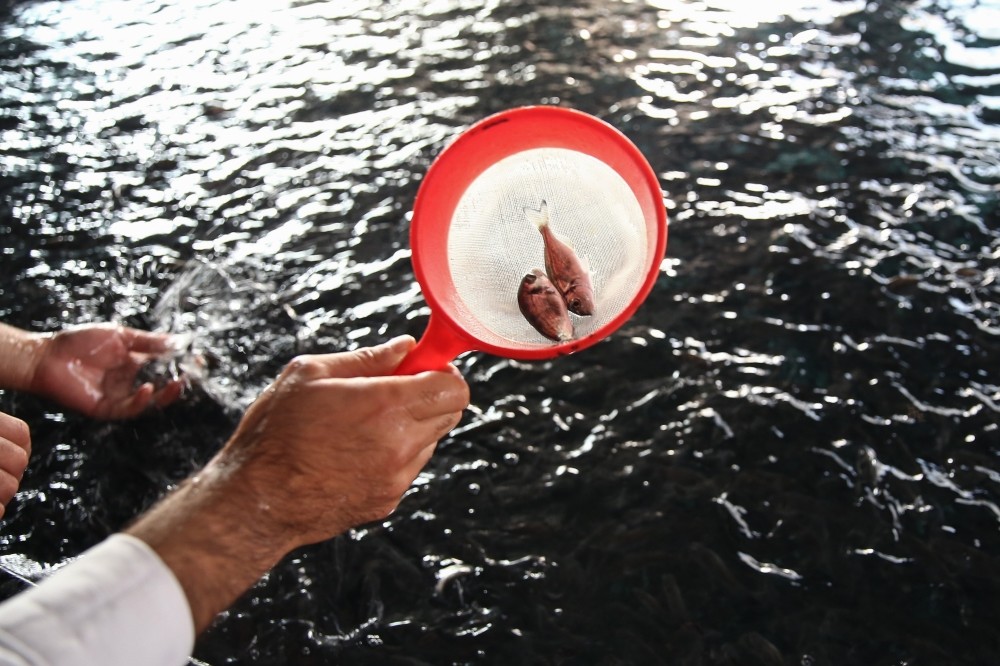 The Mediterranean Fisheries Research, Production and Training Institute (AKSAM) has released 75,000 bream, 55,000 sea bass and 25,000 king fish in various parts of the sea in order to increase the fish population in the Mediterranean.

"We release the fish according to their population. Lake Beymelek where our facility is located is an important source for fish population. The fish come here to feed and swim in the open sea to lay their eggs."

"Lake Beymelek is an important ecosystem for both fish and birds. Migratory birds spend winter around this lake. It is a rich environment for animals to breed," said Eraslan.

Currently the institution is working on increasing the population of Callinectes sapidus (blue crab) which has been seen less and less on Turkish shores.