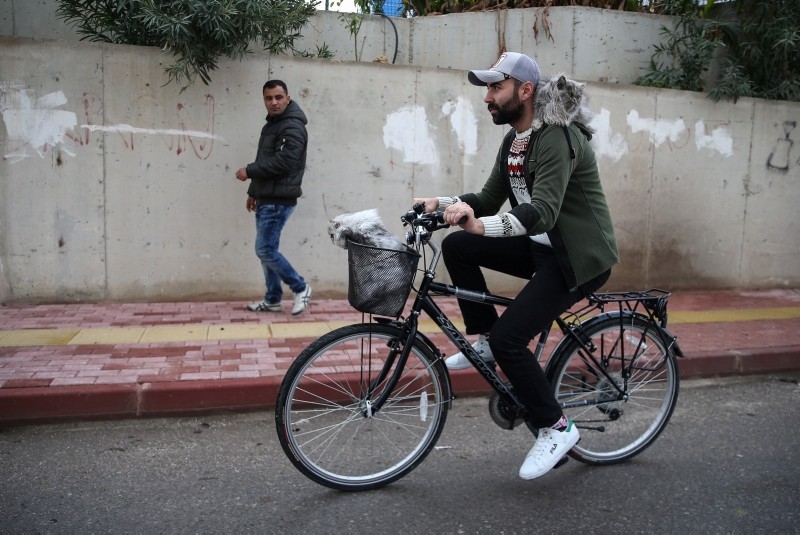 Araz Keleş, a mechanical engineer in Turkey's southern Antalya province, has become a phenomenon on social media after pictures of him taking a tour of the city on his bicycle with his two Persian cats, went viral.

30-year-old Keleş, who moved to Antalya from commercial capital Istanbul two years ago, has a habit of cycling across the city with his two Persian cats, named "Latte" and "Duman [Smoke]".

Speaking to Anadolu Agency, Keleş said that his cats need to travel and sightsee just as much as people and since it is hard to travel that long on foot, he decided to cycle, with one of his cats on his shoulder and the other in the bike's basket. 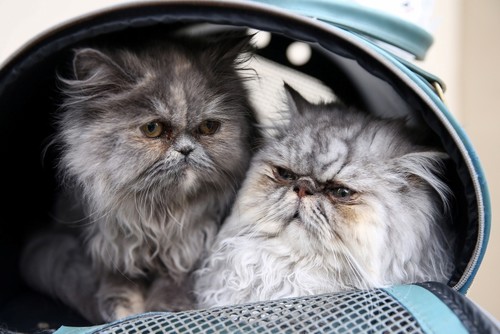 "It is a sport for me just as much as a trip for my cats. They become anxious when I do not go outside. When they see the bike they jump right into the basket. And when I take the bike, Latte climbs up on my shoulder," Keleş said.

Keleş said that sometimes people stop him and ask for a picture with Latte and Duman, asking if it is safe for the cats to be on a moving bike.

Stressing that he does not make a lot of effort to keep the cats on the bike, Keleş said that they were accustomed to travel that way since they have been doing it from a very young age.

"I see our journey as a symbol of loving animals. It sparks a love of animals in some people who see us [like that]. This makes me happy," Keleş said.