With specialized care, number of baby Van cats on the rise 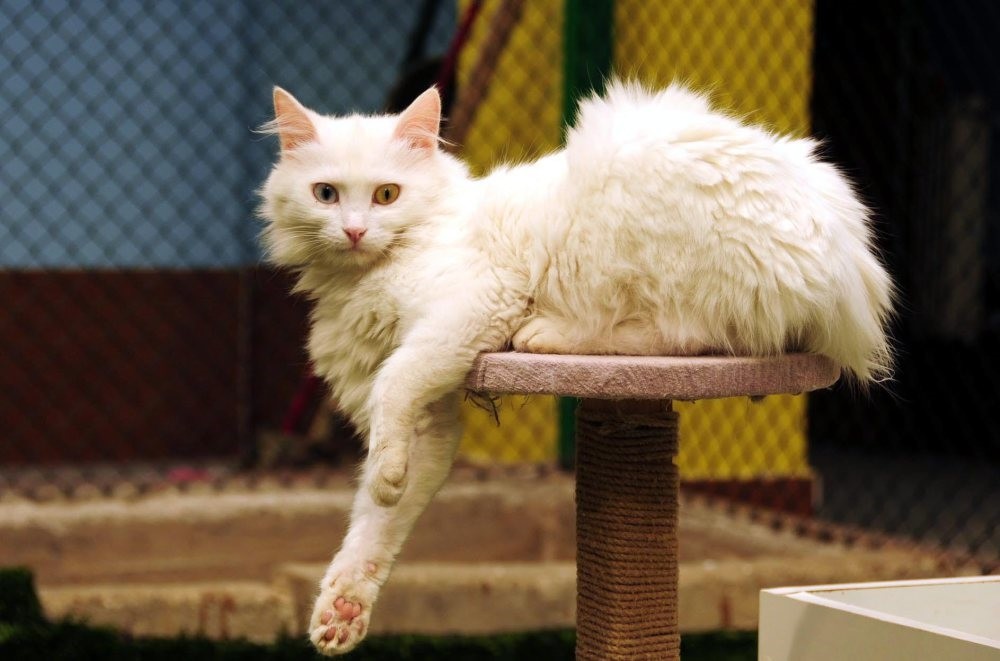 Yüzüncü Yıl University's (YYU) Van Cat Research and Application Center increased the breeding rate of Van cats, which are the most important living legacy of the city, by 15 percent compared to the previous year.

An important result was obtained in the work conducted to protect Van cats and increase their numbers. These iconic cats are one of the most valued symbols of the city, with their expressive emotions, sympathy, white silky fur, lion-like walk, long and fluffy tails similar to foxtails, different eye colors and fondness for water,

In the work carried out throughout the year in the Van Cat House Villa established by YYU, the number of offspring, which was 130 last year, increased to 150 this year.

YYU's Van Cat Research and Application Center Director professor Dr. Abdullah Kaya told Anadolu Agency (AA) that Van cats are endangered despite all the work on their behalf. Kaya explained, "Van cats have three subgroups. The first of them is those who have two turquoise eyes. The second ones have two amber eyes. And the last ones have one turquoise and one amber eye. In fact, the problem is in the latest ones with one turquoise and one amber eye."

Kaya stated that they had a target of giving one Van cat to every household and they will continue to work until they reach it.

Noting they want the Van cat to be in every province, district and village of the country, he continued, "As this is our native species and we have to protect it. Sensitivity to Van cats increases every day. This reflects on our visitor potential. Depending on the season, we accept 200 visitors on average per day."