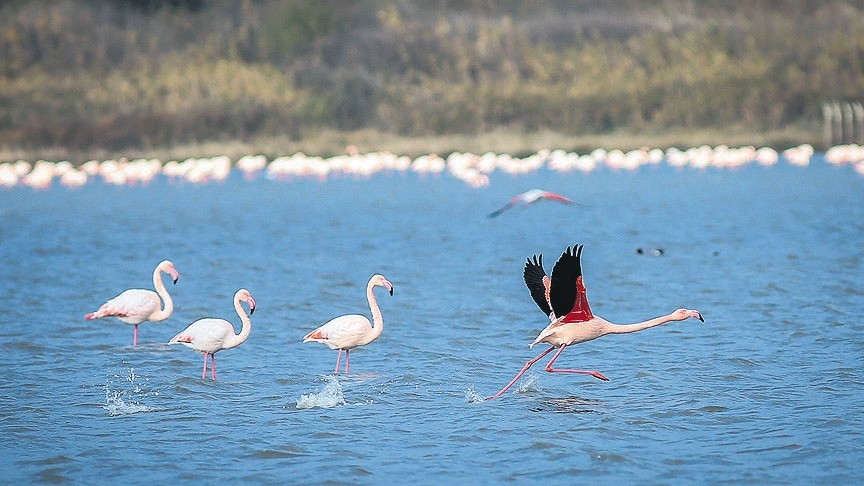 Spread over a 152-hectare area in Yalova's Altınova district, Hersek Lagoon, which is known as the "Bird Hotel" as it houses thousands of birds every year during autumn and winter, will be home to a record number of flamingos this year.

With the arrival of a total of 1,510 flamingos this year, the Hersek Lagoon is looking like a field with pink flowers blossoming.

"They stay here at the lagoon, they feed and drink water and after they are rested up, they fly wherever they want to go," said Metin Oral, the district mayor of Altınova.

"Hersek Lagoon is home to the biggest flamingo population in the region. There is also a tower which bird watchers use while observing the numerous species here at the Hersek Lagoon. Currently, the lagoon is home to 206 different species, 20 of which are very rare," Oral added.

The lagoon is a bird heaven as it features all the necessary needs for the migratory birds including a bird hospital.

The number of birds housing at the Hersek Lagoon increased when hunting birds were banned in the region in 2004. The lagoon is watched over 24/7 with cameras in case of any illegal activities. In the last decade, the number of species increased from 104 to 206 and counting. According to Mayor Oral, every year up to three new bird species choose Hersek Lagoon to spend winter.