Sabetta: A town at the end of the world 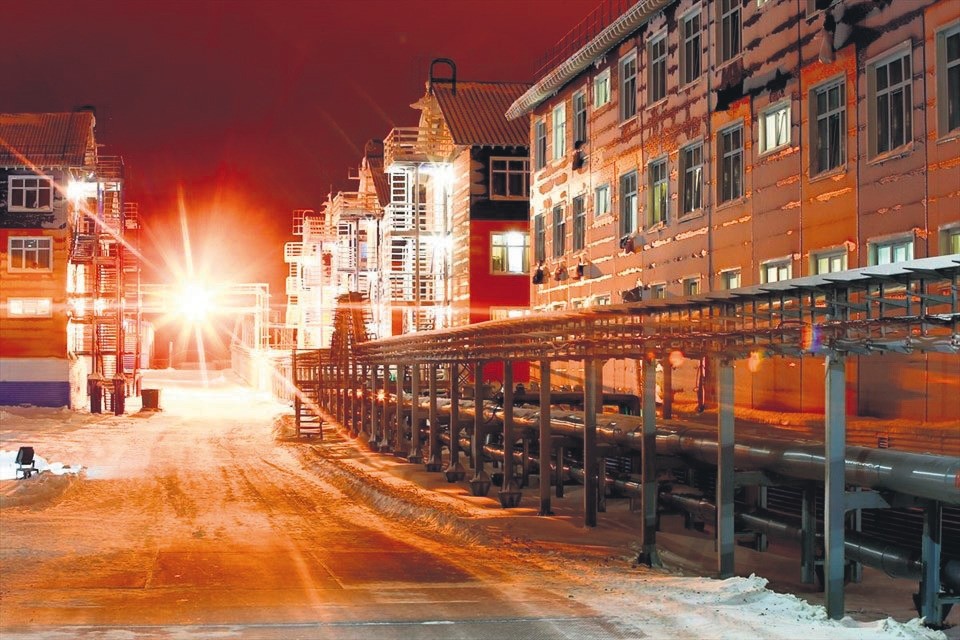 Located in the far north inside the Arctic Circle, the town of Sabetta on the Yamak Peninsula of Russia looks like an alien planet with its harsh climate and geography.

Sabetta is in the heart of the region home to Russia's most important natural gas resources and liquefied natural gas (LNG) facilities; however, what lures tourists to the town is its lifestyle, which has adjusted to the challenging climate and surroundings.

The name Sabetta, which translates to "the end of the world," was given to the town by its natives, the Nenets people who are a part of the Samoyedic ethnic group native to northern arctic Russia.

However, due to the harsh weather conditions, there were only 19 natives left in the town in the early 2000s. However, once natural gas facilities were established in the town, Sabetta came back to life and is currently home to a population of 30,000.

With the arrival of its new residents, the town was updated to meet the needs of the factory workers and their families and to protect them from the cold that makes life unbearable.

Cold temperatures are not the only thing Sabetta's locals battle in winter. Since the town is close to the Arctic, the sun never rises in winter just like it never sets in summer. With darkness enveloping the town, the cold winter breezes taunt locals and the barren land is unable to support any type of tree. The only thing that can be seen through blizzards is the port where tankers dock to transfer natural gas.

For the locals of Sabetta, seeing a polar bear is not once-in-a-lifetime experience. Polar bears and white foxes are regulars in the town and are fed by the locals. This isn't usually a dangerous practice since the animals do not harm humans unless they are wounded themselves.