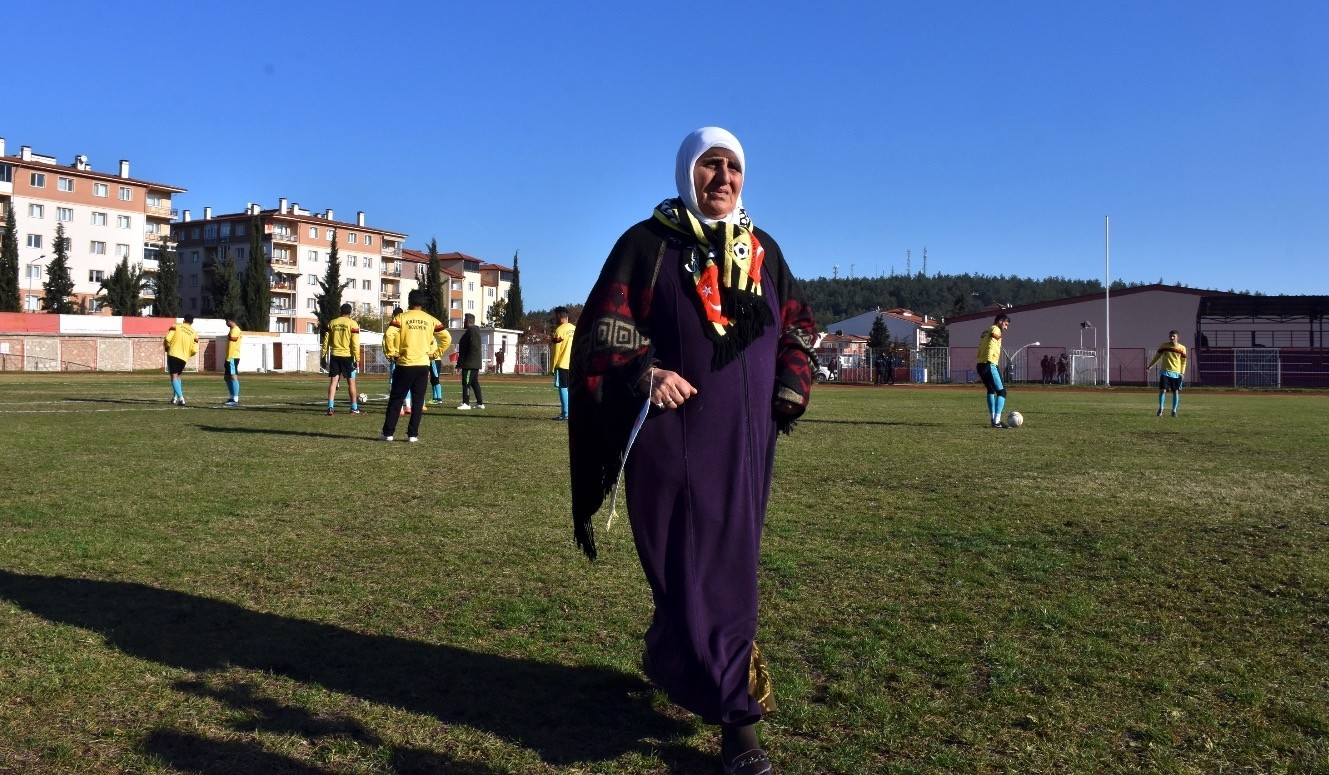 It is not every day you come across a 70-year-old woman shouting and cheering on her favorite football club from the stands. But for İçköyspor fans, this is just another day at the stadium.

Seventy-one-year-old Hanım Ölçer is one of İçköyspor's biggest fans, and mother to the 45-year-old club president. For four years now, Ölçer has been at the heart of the stands whether it is a home or an away match.

Ölçer has eight children and 45 grandchildren whom she loves dearly but a part of her heart belongs to Beşiktaş, one of the biggest football teams in Turkey. Starting from an early age, Ölçer began to support Beşiktaş and even named one of her children after a famous Beşiktaş player of the time. She started to follow every game on TV and even went to the matches to experience the atmosphere.

As she grew older, Ölçer started to support amateur teams both in her heart as well as financially. She became so dedicated that she even donated money to amateur teams so they could attend away matches.

However, when her son became the president of İçköyspor four years ago, Ölçer began spending her spare time supporting the team. Due to her support to amateur teams, the Bilecik Amateur Sports Club Federation presented Ölçer with an award last year.

Ölçer migrated from Bitlis to Bilecik's Burcukaya village 25 years ago with her husband. She said her love for Beşiktaş and football was always there, but it only grew once she started following the matches on TV in 1990.

She said that her love for football will never die. "In the last four years, I attended each and every İçköyspor match. I will continue to do so until my last breath," she added.

Speaking to Anadolu Agency (AA), Nusret Tosun, President of Bilecik Amateur Sports Club Federation said that everyone in the city knows about Ölçer's love and support for football.

"I want to thank her for her support. Her sons and grandsons are amateur footballers as well. She is present at every match. Her presence motivates both fans and players," Tosun added.