A fun act of bravery, swimmers dive into glacial lake in Turkey's Rize 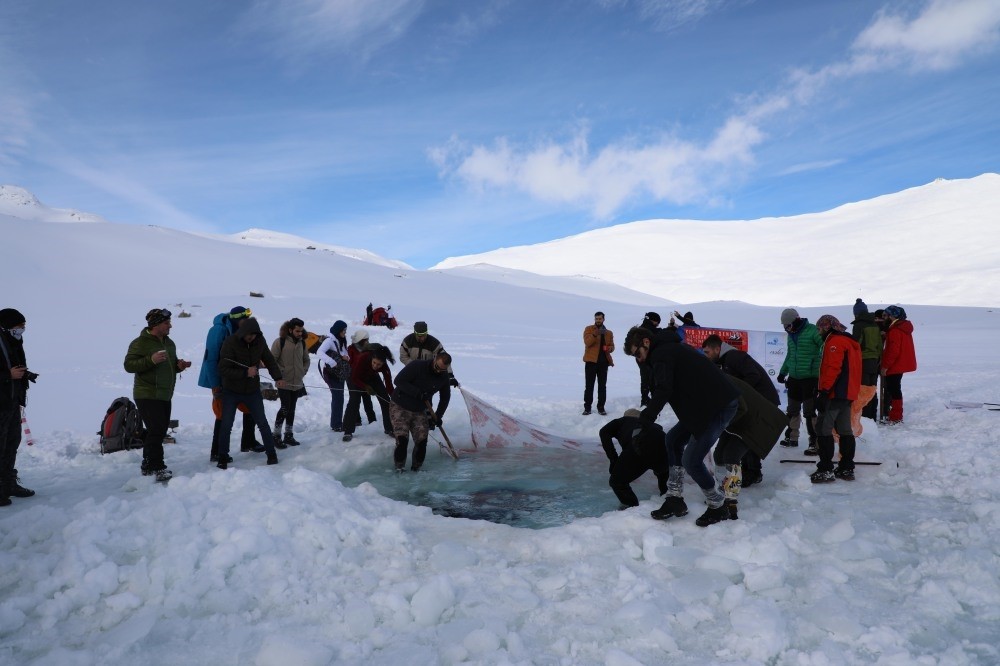 Swimming is usually associated with summer and warm sandy beaches but for the adventurous souls of Rize, it is a challenge that can be practiced in ice-cold water.

With the participation of 500 nature lovers, the organization started at the foothills of the Kaçkar Mountains and arrived at the glacier lake after an hour walk. Once the group arrived, sections of the ice covering the lake were cut away with the help of a chainsaw.

During the festivities, 40 daredevils dove into the frigid water. Among the brave swimmers, Mustafa Beyaz, an amputee diver, was present as well. Once the swimmers got out of the water, they warmed up with glasses of hot tea.

Apart from brave Rize locals, the event also draws the attention of daredevils from all over Turkey. Şeyma Acar, from Istanbul, said she was afraid to get into the water, but everything was fine. "It was a wonderful experience. This was my first time swimming in the glacier lake. It was awesome," she said.

Acar was not the only brave woman to take a chilly dip. Kübra Yılmaz said the swim has been on her bucket list (things to do before it is too late to do them) for a while. "I have been planning it for a long time. It was not as cold as I feared at first, but I got cold when I stepped out. Everybody should experience it once in their lifetime," Yılmaz concluded.