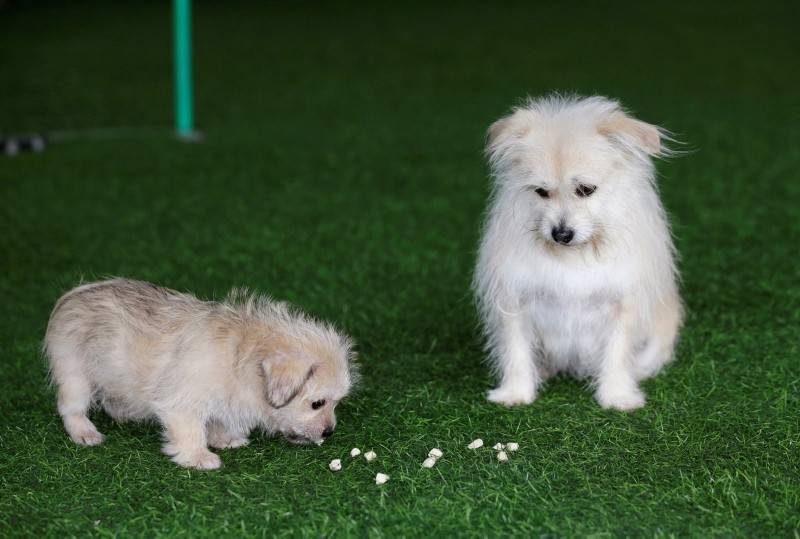 A Chinese movie star dog named "Juice" which starred in dozens of Chinese movies was cloned earlier this year upon his owner's request, as the four-legged star seemed to have difficulty maintaining his career on screens because of his old age.

Speaking of why he decided to clone his canine whom he adopted off the streets, He Jun, the owner of the dog told Reuters that "Juice himself is a piece of intellectual property with social influence."

The company extracted DNA from a sample of the dog's skin and fertilized an egg which was carried by a beagle. Following the company's successful cloning operation, Little Juice, as it was named after the original one, was born in last September.

The cloned dog is not the first cloned animal in China and the country's biotech industry is growing rapidly compared to similar enterprises in the West since there are fewer regulations regarding the issue.

A lab in Shanghai produced the world's first cloned monkey earlier this year. Furthermore, He Jiankui of China's Southern University of Science and Technology last month claimed he used gene-editing technology to alter the embryonic genes of twin girls, which was met with criticism, stirring a debate worldwide whether it was ethic or not to use gene-editing on human embryos.

Although the Chinese government has some regulations on using animals in lab experiments there are no laws explicitly covering animal cloning.

Saying that the company's pet cloning business is in its initial stages, Sinogene's CEO Mi Jidong said that they are planning to expand their services since they see a demand among people.

"We've discovered that more and more pet owners want their pets to accompany them for an even longer period of time," Mi said.

While newly-cloned Little Juice hasn't appeared on TV yet, the dog's owner said he believes the dog will be "even better than the older Juice."