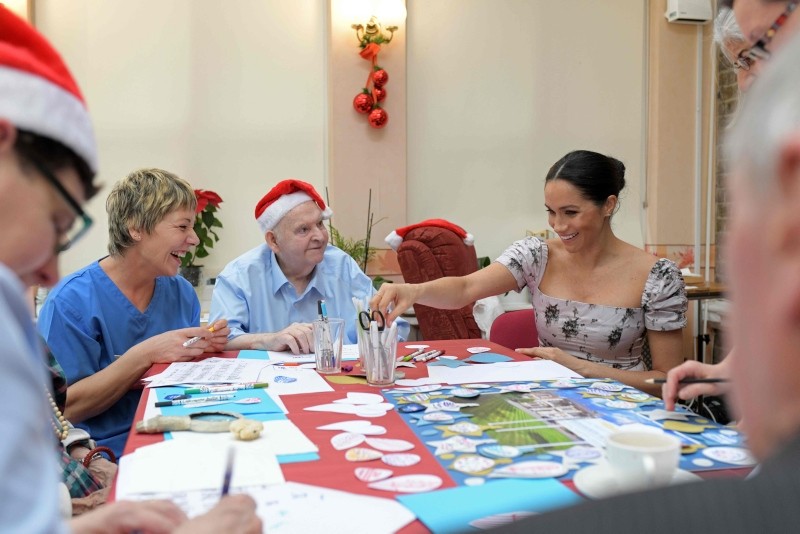 All eyes were on Britain's Duchess of Sussex Meghan Markle's blossoming baby bump on Tuesday during her visit to a nursing home on behalf of the Royal Variety Charity, but a sparkly addition on her right hand created by a Turkish designer nearly stole the spotlight.

In her last solo royal outing before she and Prince Harry spend their Christmas with the Queen, the 38-year-old was seen sporting a unique piece of jewelry with a "secret meaning".

Cameras captured a gold delicate Hamsa Hand ring on Markle's middle finger, an ancient Middle Eastern symbol of protection. The symbol signifies the protective hand of Fatima, which is believed to guard against bad fortune and bring luck, health and happiness.

As with anything she wears, the ring quickly became a hot topic on social media, with eagle-eyed fans frantically searching for the exact design and looking up the meaning of it. The ring is currently sold out.

The ring made by Turkish designer Kismet by Milka, which costs roughly $313, featured a blue sapphire "evil eye" at the center — another important symbol in Turkish culture and a double-dose of good fortune. 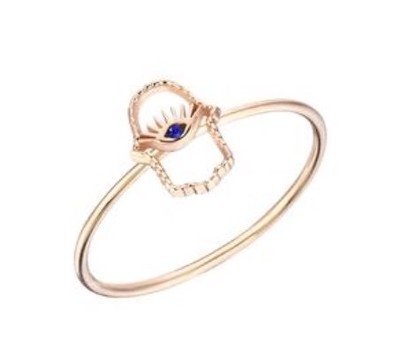 The ancient charm is believed to protect its wearer from negative energy and the bad thoughts of people, which are spread through the eyes or a 'glare'. This is known as to "be touched by the evil eye."

The ring's position — with the hand facing-down — is also said to bring fertility, abundance, good luck, and fulfilled prayers, a perfect pairing for the "very pregnant" duchess who is expecting her first child with Harry this spring.

Figures of whirling dervishes and the Persio-Arabic letter "vav," necklaces with the Arabic word for "nothing" on them, which represents the concepts of existence and non-existence, and necklaces with the Hamsa hand have become popular in recent years, with more and more A-list celebrities seen supporting such designs and the rise of Turkish and Middle Eastern dramas.