Madagascar, a huge island with extreme poverty and natural beauty 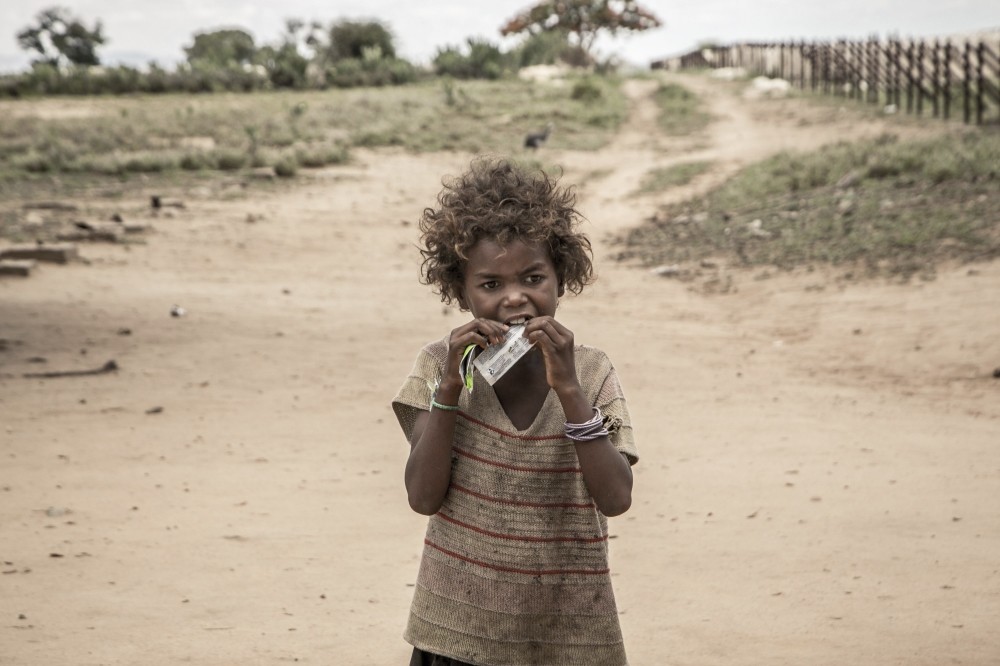 A girl eats a food supplement distributed during a malnutrition screening session organised by a nongovernmental organization and the World Food Programme (WFP) in the municipality of Ifotaka.
by Dec 21, 2018 12:00 am

The Indian Ocean island of Madagascar is the leading global producer of vanilla and is blessed with bountiful biodiversity, yet it remains one of the poorest countries in the world. Here is some background information on the island, as the country heads to the polls Wednesday in the second round of its presidential elections.

Stretching across 587,000 square kilometers (nearly 227,000 square miles), Madagascar is the world's fourth-largest island, bigger than Spain or Thailand in size. The country lies just over 400 kilometers (250 miles) off the southeastern coast of Africa and is home to a population of nearly 25 million people in 2016. according to the World Bank, including 18 ethnic groups.

Madagascar is frequently exposed to extreme weather events, such as tropical storms, flooding and drought. One of the most powerful cyclones in recent years, Enawo, claimed nearly 80 lives in March 2017. While it is renowned for its luscious biodiversity, some of this is under threat including critically-endangered lemurs, its rare and ruby-colored rosewood trees, and several tortoise and turtle species. Wildlife smuggling and trafficking of its abundant natural wealth remains a national concern.

The former French colony, which gained independence in 1960, has been mired in political division and upheaval for decades. A disputed 2001 presidential election led to clashes that ended with Marc Ravalomanana, the mayor of the capital, taking power.

The outgoing leader was Didier Ratsiraka, a one-time Marxist who had ruled since 1975 and went into exile.

Ravalomanana was toppled in 2009 by another Antananarivo mayor, Andry Rajoelina, in an army-backed coup. But Rajoelina was barred from contesting 2013's elections over his links to the country's troubled past, as were Ravalomanana's wife and Ratsiraka. Protests erupted again in April 2018 over claims that laws due to be enacted ahead of the presidential vote would see certain candidates barred.

After weeks of unrest and calls for him to quit, President Hery Rajaonarimampianina was forced to replace his government with a "consensus" administration in June 2018, which has organized Wednesday's polls.

Heavily reliant on international aid, Madagascar has registered annual growth of more than 4 percent since 2016, the World Bank says. But most people have not benefited from the improved economic situation, with 76 percent living in extreme poverty.

The country supplies about 80 percent of global vanilla bean stocks and is also one of the world's leading producers of sapphires.

Its agriculture sector, the main source of income for most people, is vulnerable to its regular natural disasters. Rice production fell by about 20 percent from 2016 which led to significant price hikes, according to the World Bank.

Madagascar has the sixth highest rate of malnutrition in the world, with nearly half of all children under the age of five suffering from chronic malnutrition according to the U.N. children's fund, UNICEF.

It is among the nations with the highest levels of child illiteracy.

Only about 13 percent of the population has access to electricity.