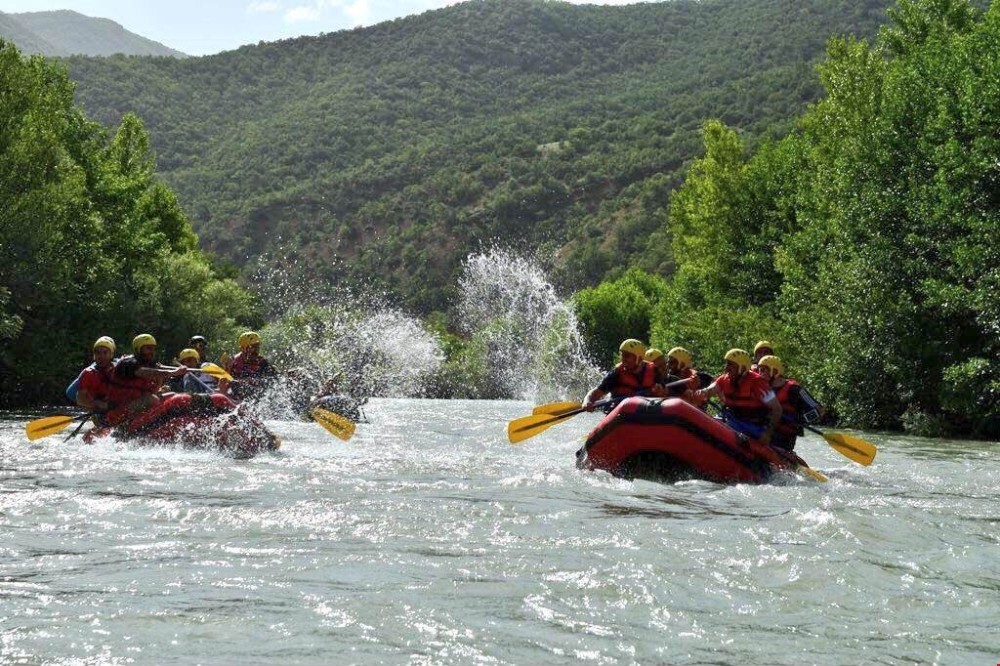 Though landlocked, Tunceli in Eastern Anatolia has become one of Turkey's top water sports destination.

Home to the river Munzur, Tunceli has previously hosted numerous water sports events, including water skiing and windsurfing. The city now prepares to host a number of rafting events.

Preparations for the championship have already kicked off in Tunceli, with the construction of a number of new facilities. The Tunceli Governorship has turned one of the already-existing facilities into a training area for Turkish sportspeople and plans to increase the number of athletes that will compete under the Turkish flag.

One of the athletes, Öykü İgit told the media that their success comes from the devotion of their coaches and themselves as well as the local authorities who have been supporting the rafting since the very beginning. "I believe we can win many medals at the championship," İgit added.