Mourning his dog, young man becomes vet to help others 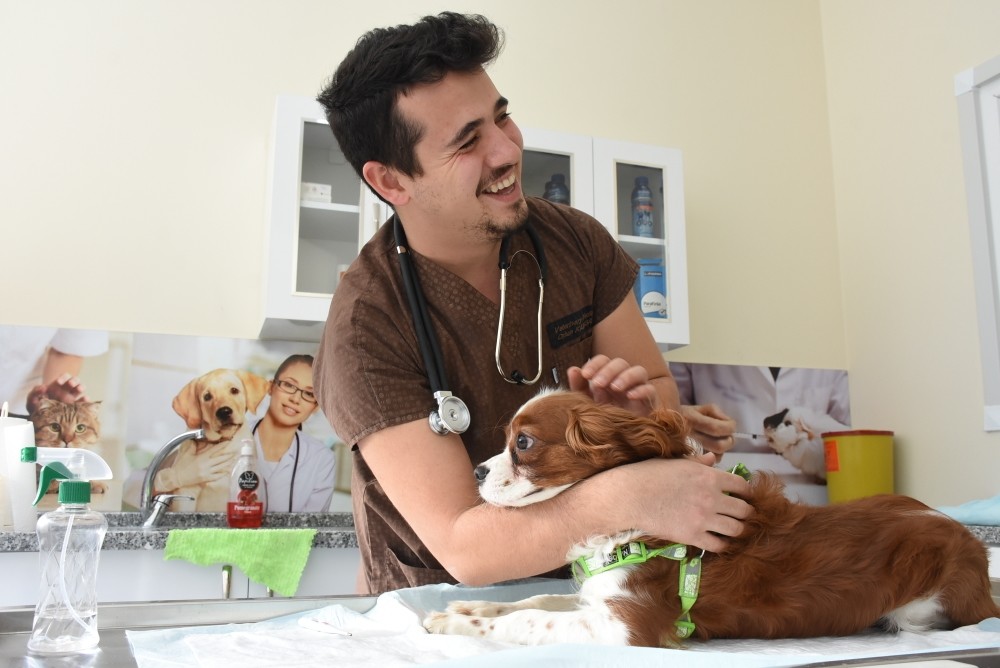 Orhun Kabasakal's adopted dog died on the day he chose his major for university. After losing his best friend, 26-year-old Kabasakal, who always wanted be an architect, decided to be a vet. He has been honoring his dog's memory for two years by treating other animals.

Living in Bartın province, Kabasakal put aside his childhood dream of being an architect. Seven years ago, he adopted a puppy his father found on the street. Naming her Daisy, he spent most of his time with the cute puppy.

Kabasakal graduated from high school in 2012. On the day when he had to hand in the form declaring his major, he lost his dog to bloody diarrhea.

The loss of his dog affected him so deeply that Kabasakal gave up his dream job and decided to become a vet and preferred only veterinary faculties.

He was accepted at Samsun 19 Mayıs University's Veterinary Faculty and graduated in 2016. After working at various veterinary hospitals, Kabasakal has continued to honor the memory of his dog at the clinic that he opened after graduating.

Speaking to Anadolu Agency (AA), the vet said he did not have a special interest in animals in his childhood and was afraid of dogs.

Noting he changed his choice of profession after losing his dog despite dreaming of being an architect, Kabasakal stressed, "My dog died in my lap. My heart broke, and I was so sad. That day was the last day of I could pick my major. I give up my aim of being an architect that day and decided to be a vet."

He remarked that he studied in a difficult department and added that he kept picturing his dog passing away when he had difficult lessons.

"I love animals so much. My dog changed my life, affecting me so deeply. I did not have close contact with animals until that age. However, this dog had a huge impact on my life. I remember that I slept with her in her kennel as she was scared of thunder. I have a veterinary clinic now, and I owe this to my dog. I also cannot believe that a puppy changed my life," he continued.

His mother, Güldane Kabasakal, mentioned that her son was not interested in animals in the childhood and said, "He did not tell us that he wanted be a vet after his dog died. He kept everything inside. When we learned later, we were really moved and supported his decision."