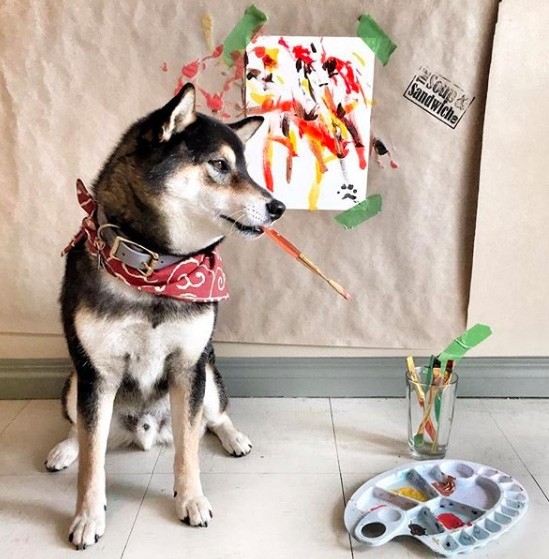 An artsy dog living in Alberta, Canada has started earning money after his abstract paintings went viral on social media.

The five-year-old dog named "Hunter" became famous on Instagram after its owners Kenny Au and Denise Lo started to share paintings drawn by him and his photos on the job.

"Hunter is such a calm, careful and responsive dog, my wife figured he'd be able to learn the brushing motions to create some kind of memento for us. We were really surprised by the results," Au told the U.S.-based news website The Huffington Post.

There are even people who want to buy Hunter's paintings and each one of Hunter's works are sold for $38 on Instagram as well as at an online store on Etsy.

Saying that when he demands a brush he barks for it, Au added: "When he first learned it, he wanted to do it all the time. But we make sure we switch things up often so he doesn't overdo himself or get bored. With painting, we've incorporated it into his daily routine and he seems to love having a job. It makes him more calm throughout the day."