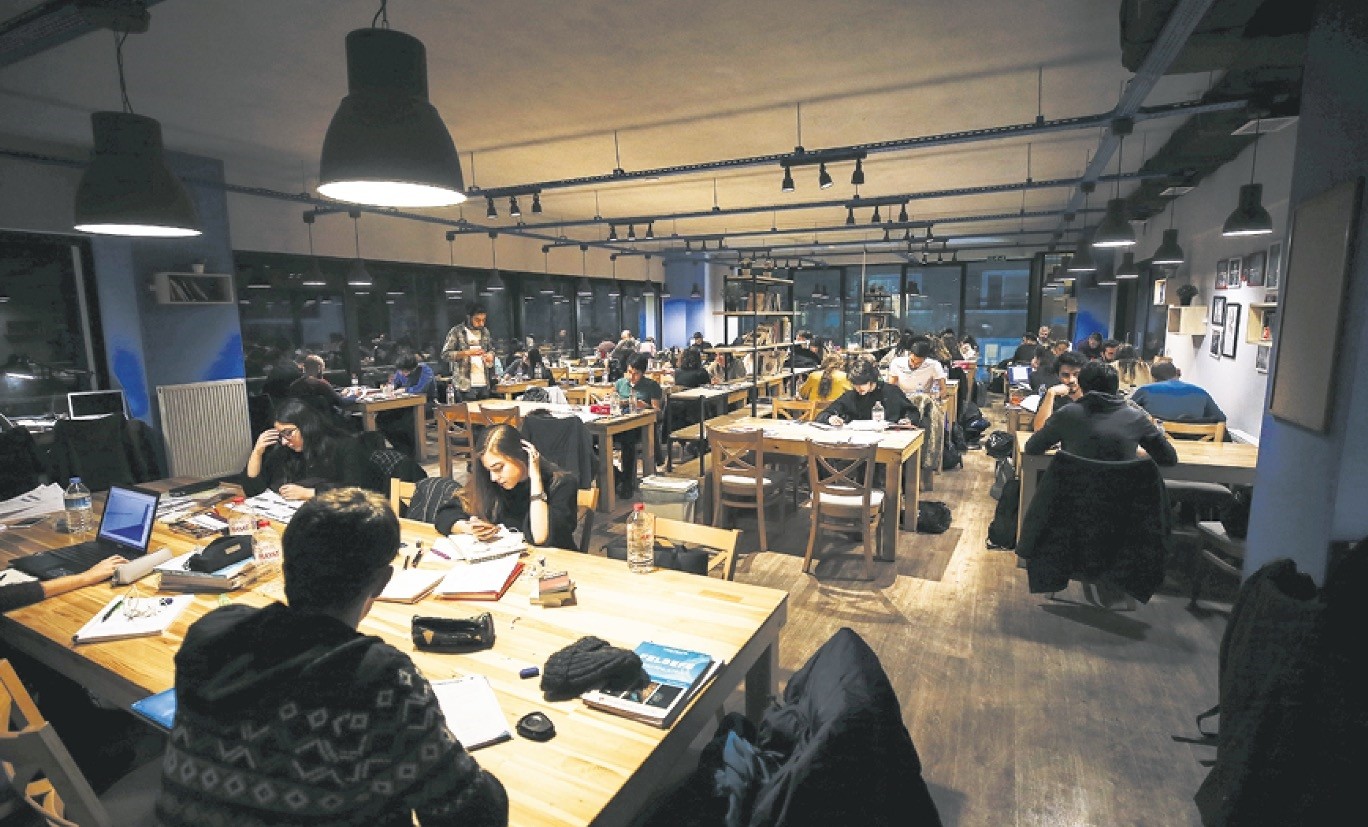 Students prefer to study in library-cafes for their cozier atmosphere.
by Anadolu Agency Jan 02, 2019 12:00 am

Libraries are students' best friends during exams, but students living in Ankara seem to be caught up by a new trend, library-cafes, which offer a warmer, more social atmosphere to get them motivated to learn

All university students know that a productive area to study is key for success. While living in dorms or shared apartments, most university students lack a calm, quiet study area. Although some libraries stay open late, students sometimes look for a different atmosphere to meet their needs instead of a chair and a table.

There is a rising trend in Ankara, the capital city of Turkey, which is home to total of 16 state and private universities. Instead of going to libraries, students head to the cafes, which are designed to meet the needs of people studying. While preparing for their midterms and finals, students also hang out with their friends during breaks.

The idea of library-cafes was first brought to life by two friends, who both had a hard time studying during their university years in Ankara. The young duo dreamed of a place that stayed open late and allowed students to work in groups and individually. 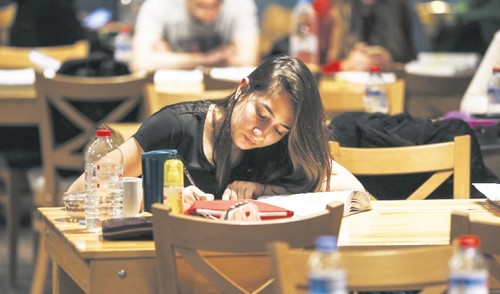 Industrial engineer Mustafa Yalçın and his childhood friend, automotive engineer Tayfun Aksoy, rolled up their sleeves a few years back to realize their dream of opening the first library-cafe in Ankara.

Their first cafe was opened in Kızılay, in the heart of the city, with the name Uyanık Kütüphane (Awake Library). The cafe opens at 9 a.m. and stays open until 2 p.m. Students pay TL 9 ($1.75) at the entrance and can enjoy the drinks and snacks laid out for them as well as the thousands of books that fill the bookshelves.

The library-cafe features two sections for students where they can either work in groups without worrying about keeping their voices down or in silent rooms similar to old-school libraries where students study individually. The cafe is popular among students studying for exams, for those with a specialty in medicine, for those with magistracy exams as well as with undergraduates. During midterms and finals, it is hard to find an empty spot in these cafes.

Speaking to Anadolu Agency (AA), Mustafa Yalçın, one of the managers of Uyanık Kütüphane, said they have been open for three years and the interest in to the cafe is increasing.

Yalçın said they wanted to open a place where students can freely engage in group studies, and he continued: "There were similar places but nothing exactly like it. After interest in our first cafe skyrocketed, we opened three other cafes around Ankara."

Osman Gündoğdu, the manager of the cafe, said there is no time limit for students who come to the cafe. "For TL 9, they can stay at the cafe and use the books as long as they want until the closing time," he added.

"I am very stressed and under pressure as I have been studying for my university exams. I cannot get motivated studying inside four walls at home. By coming here, I can let off steam and see new people, which is good for my morale. As there are many books and Wi-Fi, I can study as well," Uğur said.

Esma Özbey from the Department of Computer Engineering at Gazi University prefers to study at Uyanık Kütüphane as it has a warmer atmosphere than studying in her room or at a library. Buket Kuruçay is a postgraduate student waiting to be a doctor. She said that none of the libraries in Ankara have the warm atmosphere of the cafe.