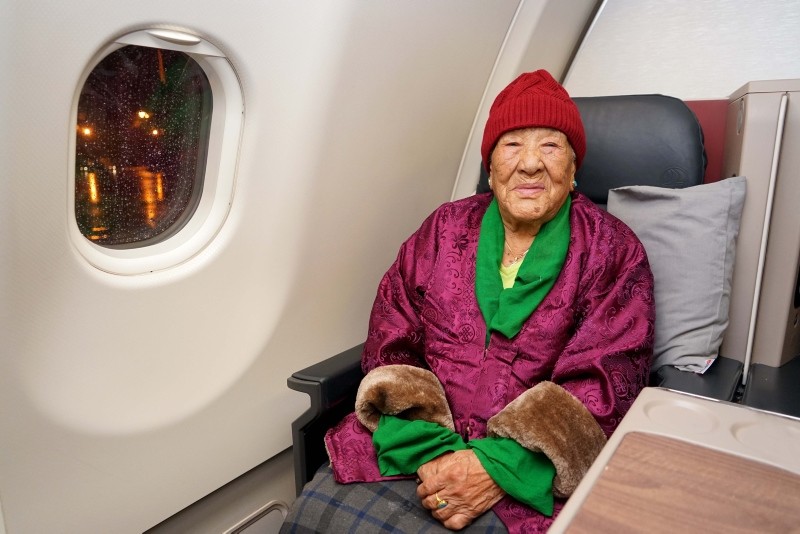 Turkey's national flag carrier Turkish Airlines (THY) hosted its oldest passenger in its history as a Nepalese woman marked her 102nd birthday on her journey from Nepal to the U.S.

Together with her son and her daughter-in-law, Ang Phurba Sherpini travelled from Kathmandu to Boston on Friday with a stopover at Istanbul's Atatürk International Airport. They rested for 21 hours at a hotel in Istanbul before taking their flight to Boston. 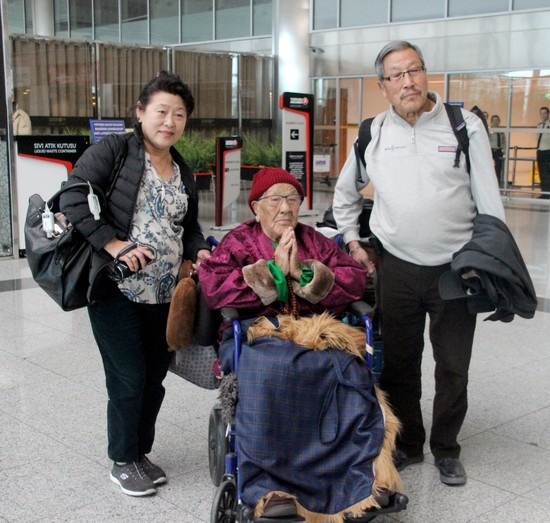 Speaking to the press at the airport with the translation of her son Ngawang Norbu Sherpa, Sherpini said that her flight was comfortable as she arrived from Kathmandu in Istanbul in her traditional clothes. The old woman quickly attracted other passengers with her attire, prayer beads and warm "Namaste" salute.

"I had a very good time traveling on a THY plane. The flight crew was very kind to me," she added.

Sherpini said that she is living in the U.S. but travelled to Nepal's capital to visit her 99-year-old sister. 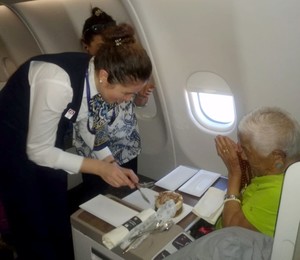 Sherpini added that she celebrated her birthday with a cake on Jan. 3 in THY's Kathmandu-Istanbul flight. She added that she outlived seven of her 10 children, and her two daughters, one son and 12 grandchildren are taking good care of her.

Sherpini said she was living in Tibet until 1959 until she and her family left the region and resettled in an area near Mount Everest in Nepal. She has been living in the U.S. for the last 20 years.

Sherpa, for his part, said that they wanted to bring the two sisters together while they are still healthy. He noted that her mother never used tobacco or alcohol in her life, eats a spoon of butter in every meal and the family takes very good care of her.

He added that the family preferred to fly with THY as it was the best price offer and connection. 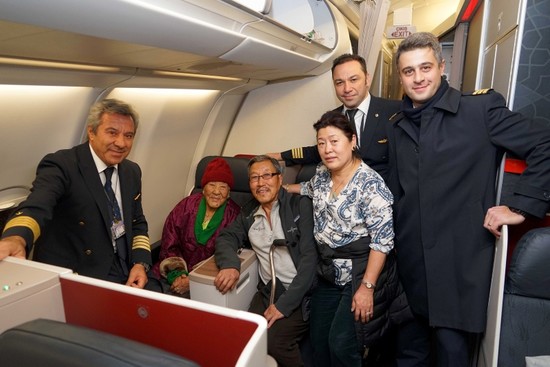 Stating that he informed THY in advance on his travel plans with a 102-year-old passenger, Sherpa said that the company helped him by providing a business class seat to ease the journey of his mother.

Turkish Airlines, founded in 1933, flies to more than 306 destinations in 124 countries with its fleet of 331 passenger and cargo aircraft.