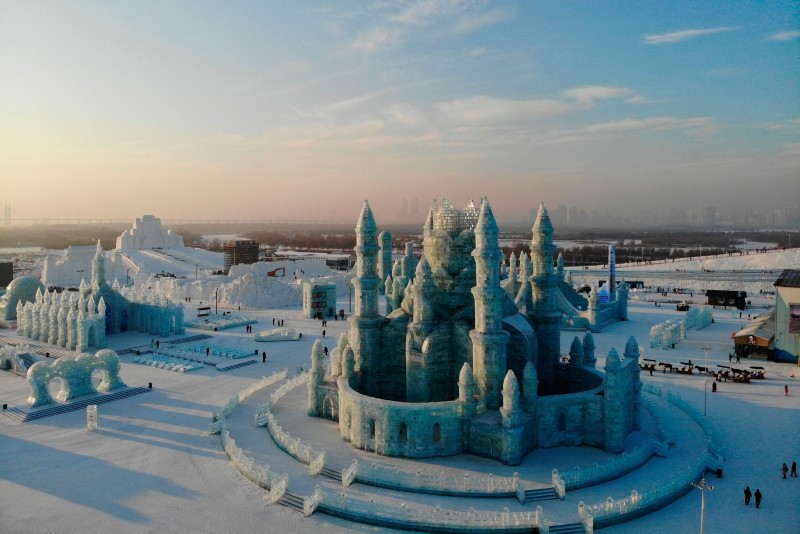 Swimming enthusiast Yu Hongtao, 50, trained for months in the freezing water of the Songhua river to compete in a winter ice swimming tournament held annually in China's northern city of Harbin, known for its bitterly cold weather.

"You have to start swimming from autumn so that the body can conquer the sudden icy impact on one's cardio-vascular system," said Yu, a Harbin resident. "The feeling of diving into the water is very cool." 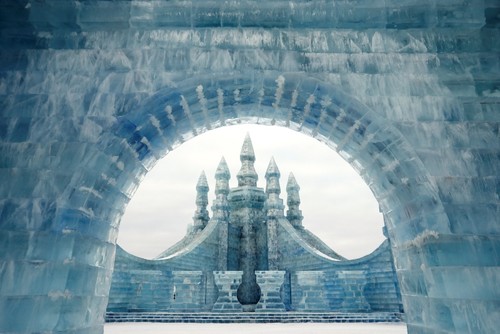 More than 300 men and women, wearing just ordinary trunks and swimsuits, on Saturday braved the bitter cold waters in the ice swimming meet, part of Harbin's annual winter festival, among the biggest in the northern hemisphere.

Temperatures can plunge as low as 35 degrees Celsius below zero (minus 31 F) in the city in China's Heilongjiang province.

The festival, which began on Saturday, has drawn millions of visitors from around the world every year since its inception in the early 1980s.

Highlights include sled rides on the Songhua river, mass weddings, and towering sculptures of ice and snow carved by thousands of artists and workers. 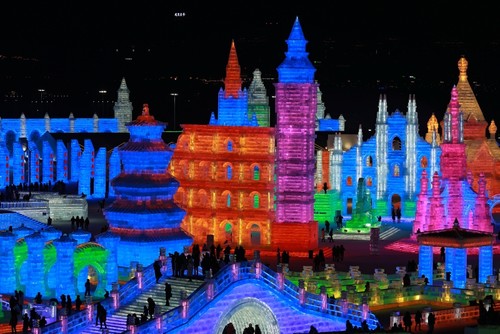 Visitors marvel at the mini ice replicas of the Colosseum and of the Milan Cathedral, particularly in the long evenings when soft, coloured lights illuminate the sculptures.

"The ice castles and sculptures made by workers are very impressive," said Lin Renlong, who was visiting with his girlfriend.

"It's like Disneyland, Disneyland in winter," said the 22-year-old from the northern province of Hebei. (Reporting by Joyce Zhou and Ryan Woo; Editing by Clarence Fernandez)