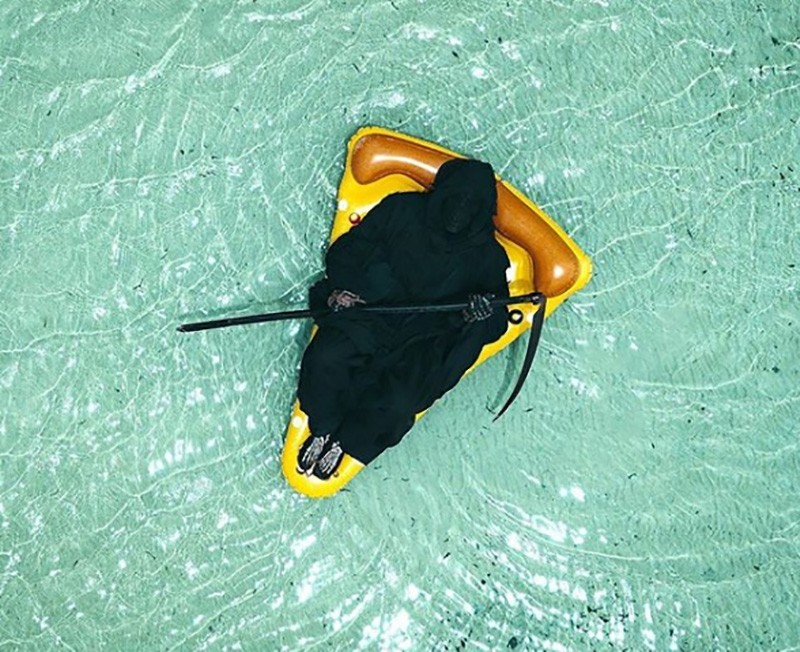 A public project initiated two years ago by New Zealand's government is continuing to draw attention to the drowning of more than a hundred of people every year at the country's beaches.

Launched in December 2016, the Instagram account was created by the island's officials under the name "iamtheswimreaper," a play on the iconic "Grim Reaper."

One large reaper-roni pizza, coming right up. Delivered hot to wherever you're doing dumb stuff, or your soul back!* - *You'll never get your soul back


The account now features dozens of photographs of the so-called Swim Reaper dressed in a black outfit and carrying a scythe while enjoying ice cream, relaxing in a floaty or soaking up the sun on the beach.

The project aims especially to reach young people through the sarcastic approach, in order to draw attention to the dangers of careless at the beach and drunk swimming.

"Lookin to reap some peeps this summer," the Swim Reaper says in its bio on Instagram.

Sometimes posing while playing volleyball, sometimes sunbathing and reading a book, "Angel of Death" has more than 400,000 followers on the social media platform.

Government officials have said they are satisfied with the feedback they have received so far.