Rangers keep an eye on Istanbul's wildlife during winter 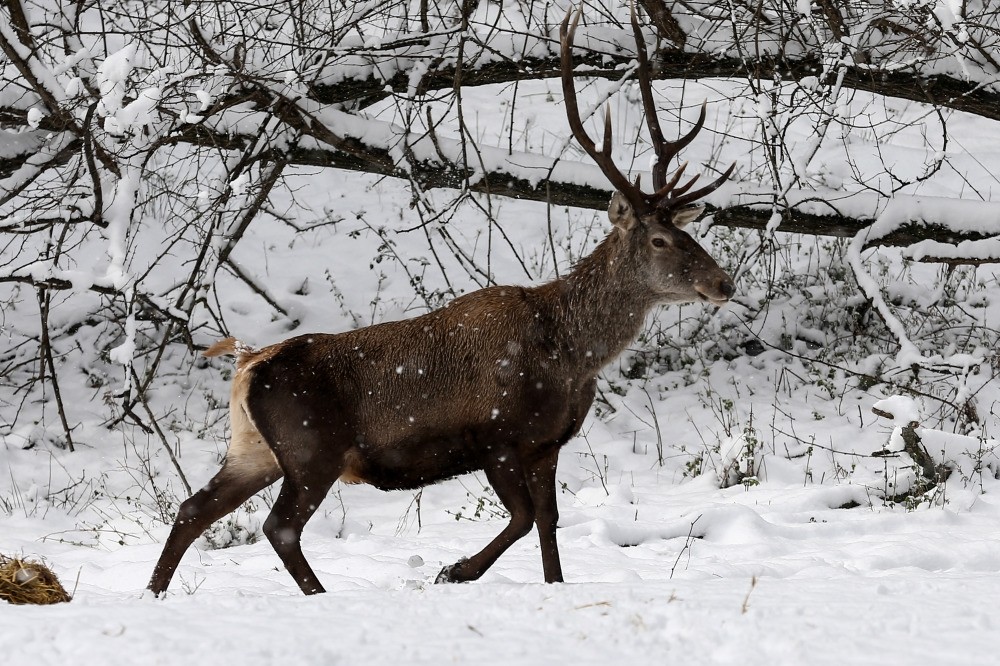 The teams carry out the feeding work in the Silivri, Çatalca and Şile districts and the Belgrad Forest in Istanbul for wild animals that have difficulty finding food due to the snowfall.

Nature Conservation and National Parks First Regional Directorate Wildlife Chief Vet Esra Dağlı stressed that they perform their duties lovingly regardless of the chilling winter conditions. Dağlı said, "Wild animals cannot find enough food to eat in the harsh winter conditions. We are trying to support them. We throw fodder, such as wheat and cracked corn, onto the ground for birds. For large mammals, like roe deer and deer, we leave fattening feed, vegetables and fruit leftovers. Besides, we also try to leave food, like offal and bones, which predatory animals like wolves and coyotes can eat so they do not come to the villages or harm citizens' animals."

Although we do not see them very much, the wildlife population of Istanbul is quite large. Apart from its tall buildings, millions of people and notorious traffic jams, Istanbul's wildlife is rich in biodiversity and hosts many different wild species. According to the latest figures, 937 different species have been identified in Istanbul including roe deer, wild boars, foxes, coyotes, martens, badgers, wolves, weasels, wildcats, squirrels, reed cats, hawks, eagles, owls and migratory birds. Istanbul is also on the bird migration route, which increases this diversity.