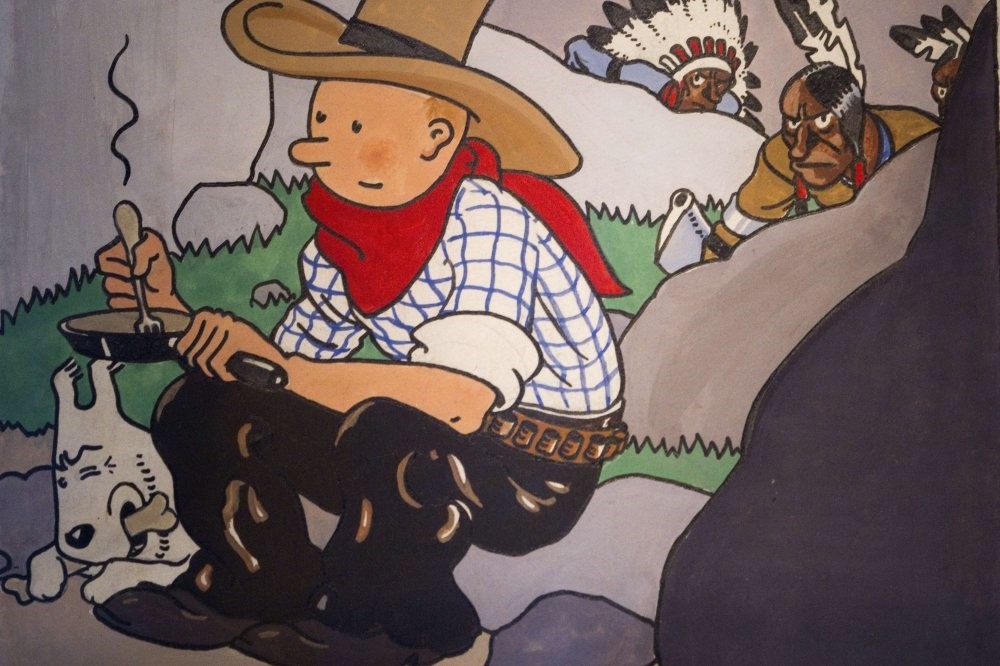 Jumping jellyfish! Tintin may be 90 years old Thursday, but the boy hero is about to get himself into a whole new snake pit of scrapes.

Casterman, which publishes his comic book adventures, said a new film featuring the cub reporter by "Lord of the Rings" director Peter Jackson is in the pipeline, with Steven Spielberg - who made Tintin's first Hollywood outing in 2011 - producing this time.

A new Tintin book is also in the offing, the Belgian publishing house said.

Speculation is mounting that the new movie is likely to be a mix of "King Ottokar's Sceptre," a swashbuckling jape from 1938 that was a thinly disguised satire on Nazi Germany's annexation of Austria the same year, and the later story, "The Calculus Affair."

Casterman's editorial director Benoit Mouchart said that it is part of a planned trilogy of live-action Tintin films.

"There are several leads that could be taken," he told French radio. The new film "might be a mix of 'King Ottokar's Sceptre' and 'The Calculus Affair,'" a ripping yarn of Tintin and his sidekick Captain Haddock rushing to the rescue of a kidnapped scientist. "When there is a trilogy in Hollywood, the second movie is usually a little darker, so the theory of an episode set in Syldavia [the fictional Balkan country that features in both stories] seems quite likely," Mouchart added. Jackson though has been tight-lipped on what adventure or adventures he would draw on for the film.

"I've had certain times where I thought it was going to be this or that... For a while, we were going to do 'Prisoners of the Sun,'" he told Vox late last year.

A book featuring the daring young journalist and his dog Snowy, "Tintin in the Land of the Soviets," appeared the following year, making its creator Herge a star.

One of his most intriguing stories, "Le Thermozero," which Herge abandoned in 1960 after finishing "Tintin in Tibet," may finally see the light of day later this year, Casterman said.

"I would really like to publish it this year," Mouchart said. "It is a really interesting piece of work, much more complete than 'Tintin and Alph-Art'," that Herge was still working on when he died in 1983. "The story is finished, but the drawings are not totally inked," the publisher added.

Herge had abandoned the project, which features Tintin, Captain Haddock and Professor Calculus, after drawing the first eight pages.