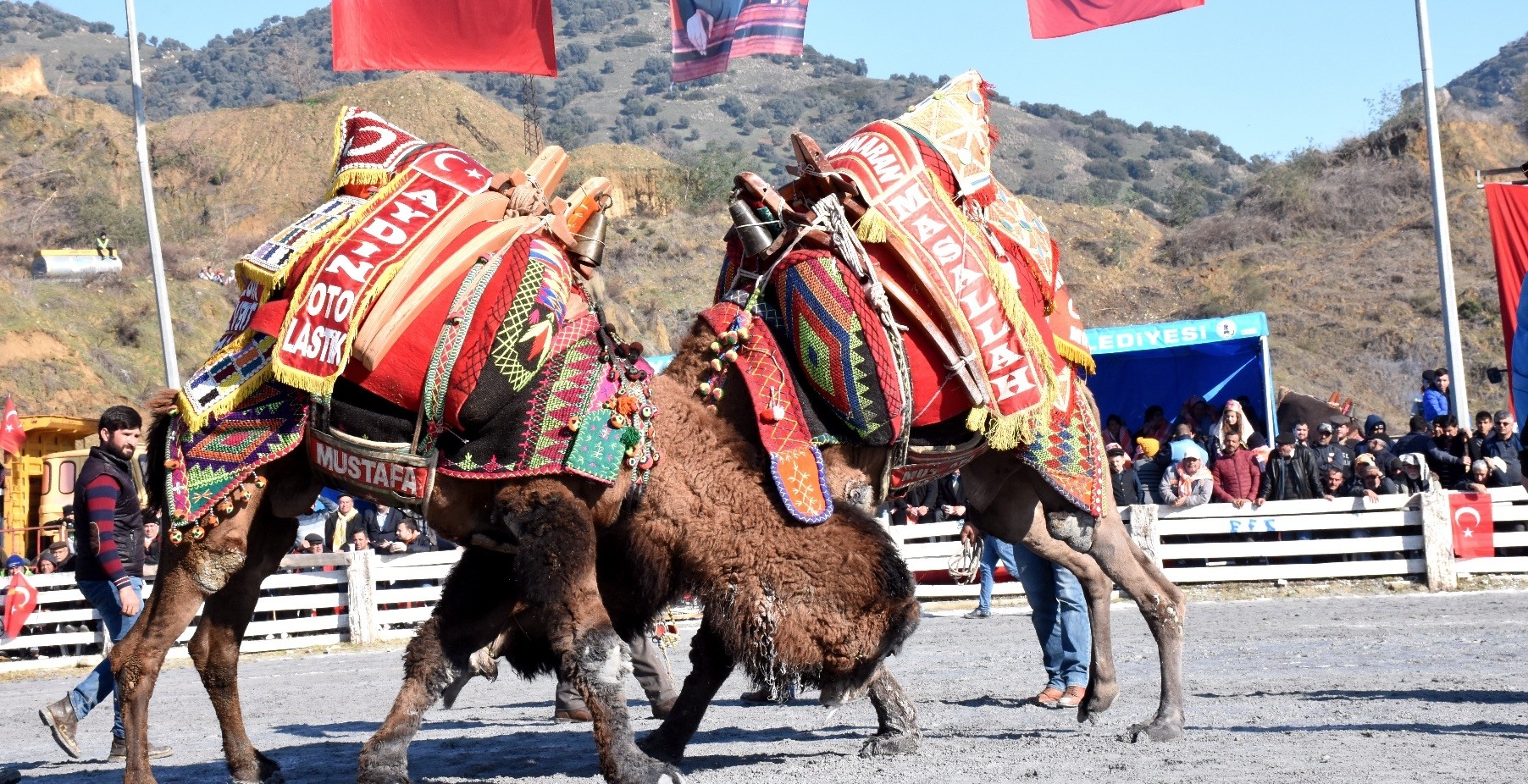 A mayor in the Aegean province of İzmir on Wednesday said they were preparing to apply to UNESCO for listing traditional camel wrestling as part of the Intangible Cultural Heritage List.

"We are organizing the International Selçuk-Ephesus Symposium on Culture of Camel Dealing and Camel Wrestling between Jan. 17-19, for the third time this year," said a statement by the Selçuk Municipality, quoting Mayor Dahi Zeynel Bakıcı.

Bakıcı said the symposium aims to understand the culture of camel dealing and camel wrestling on a more scientific basis and to enable the sport to enter the UNESCO Intangible Cultural Heritage List.

He noted that camel wrestling held in Selçuk had a different place than other wrestling sports in terms of field structure, audience and historical and cultural features of the district.

"The culture of camel dealing has always had an important place in Turkish-Islamic history," Bakıcı added.

Stating that it was a source of prestige for camel owners to make their camel race in Selçuk, he added that the tournament was being held in compliance with the regulation of the Camel Wrestling Federation.

"We are supporting camel wrestling, which will be held for the 37th time and also found a place on a TIME Magazine cover, in the scientific field through the symposium," he said, adding that they wanted to research the culture in a scientific manner and carry it to the future with scientific data.

The event will be attended by 124 camels from different cities and districts such as Bodrum, Ortaklar, Söke, Denizli, Çanakkale, as well as the hosting district.

"Although the origin of camel wrestling cannot be placed exactly, it is believed that it started during nomadic times.

"People interested in camel wrestling or camel owners say that the nomads used to have their camels wrestle as part of the competition between caravan owners," according to the official webpage of Turkey's Culture and Tourism Ministry.