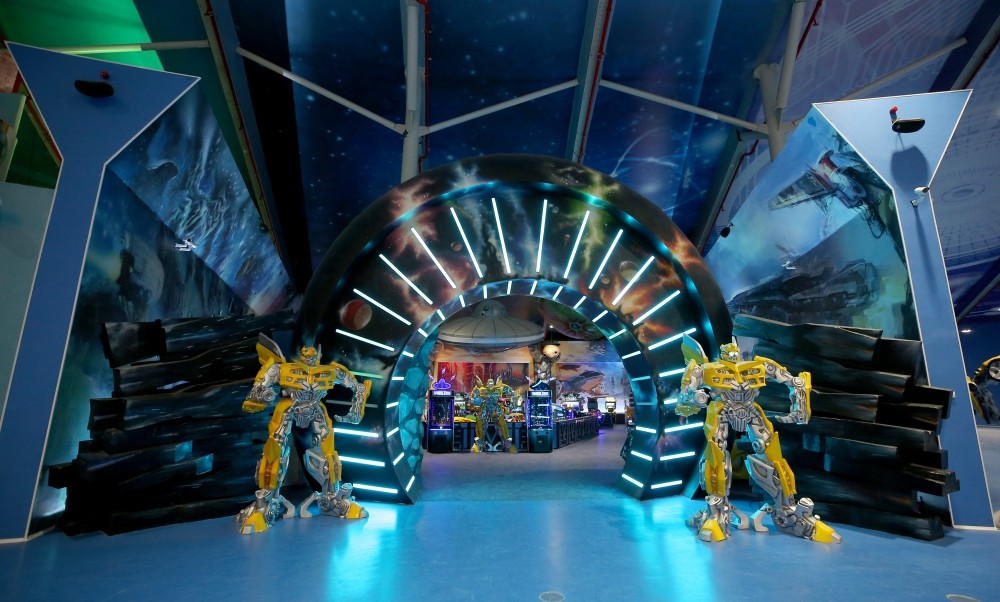 Ankapark will welcome tourists from around the world, especially from China and the Middle East.
by Anadolu Agency Jan 23, 2019 1:15 am

Spending the day at an entertainment park is not only the dreams of children but adults as well. Finally, Turkey will have its biggest theme park in the capital city of Ankara this spring.

This week, officials announced that Ankapark, which will be the biggest theme park in Europe, will open its doors in early spring.

Ankapark Enterprises General Director Cem Uzan said that three Turkish companies and one Chinese firm, which won the tender made for Ankapark, built by the Ankara Metropolitan Municipality, have the operating rights for 29 years.

Noting that they are trying to overcome some substructure and product deficiencies of the theme park, Uzan said, "We are planning to open Ankapark in the spring. I do not think that we will delay it."

Uzan implied that the setup and tests of the amusement rides will be carried out by expert teams of the related companies and added that they take safety as the priority. 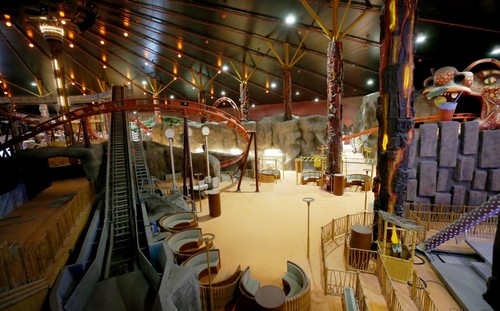 The products at Ankapark will be tested by Germany-based audit firm TÜV. Uzan stressed, "We open the huge rides in accompany with supervisors of the firms. There are some procedures and rules for it. Supervisors examine everything including the wheels of the rides, welding areas and junction points one by one. Then, we are given a certificate. After this certificate, we apply to TÜV. If the result of our application is positive, we open it for the service of people. It is out of the question to open any unsafe ride. It is something like suicide. Also, a person who was the vice chairman of the management boards of Tokyo's world-famous theme park will accompany us as an adviser for four months."

Stating that 90 percent of the huge rides in the park were bought from firms operating in Europe, Uzan stated that the other 10 percent, comprising of small rides like the ferris wheel and carousel, were obtained from Turkey and China.

Ankapark covers 1.4 million-square-meter area including a 130,000-square-meter indoor space which will enable visitors to enjoy rides during the winter months as well.

Since Ankara is known for its cold day and nights in winter, Ankapark features heated tents where rides continue to operate regardless of the weather conditions. Inside the tents, the average temperature will be 23 degrees Celsius.

What makes Ankapark stand out among other theme parks in Europe is the number of big rides the park features. Normally, theme parks feature five big rides at the most while Ankapark will have 28 big rides for its visitors to enjoy. The park also features 180 mid-sized rides which makes the total number of rides 2,117.

The park also puts the safety and health of its visitors first. In Ankapark, six doctors, two nurses and a team of firefighters will offer their services.

Ankapark might be a theme park but it is not just all about the rides. There will be party rooms and cafeterias for celebrations such as birthday parties in the huge tents. There will also be restaurants offering the finest examples of world cuisines including Japanese, Chinese and Italian. The Ottoman and Turkish cuisine will have another section focusing on the long and rich gastronomy tradition of Anatolia.

The price of having a great time in Ankapark will not be all too high. The entrance fee of Ankapark will be TL 25 while the ticket prices for the rides will be between TL 4 and TL 15.

Stating that a new area will be introduced to tourism with Ankapark, Uzan emphasized that they have begun work to draw the attention of tourists from the Middle East, China and Russia. With the opening of the theme park, a new source of income will occur in the capital.

"We try to improve tourism activities in Ankara. Our Chinese partners will bring nearly 500,000 Chinese tourists. Our aim is to bring Russian and Middle Eastern ones. If more tourists come here in this context, Ankara will have a proper income, developing its touristic structure. Thus, we will establish another income source for Ankara," Uzan added.