Plane takes off to deliver food to strays trapped on mountainside 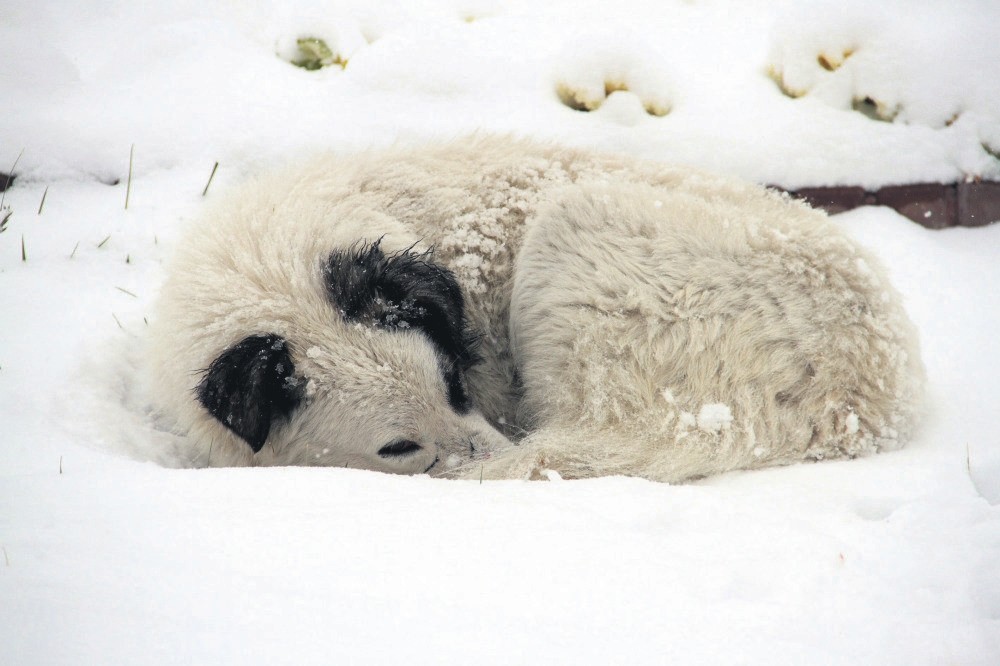 Winter can be particularly difficult for stray animals, who have a hard time finding a warm shelter and food, especially when it is snowing.

Stray animals living on the foothills of Ankara's Mount Elmadağ got stuck when heavy snowfall turned into a blizzard. Knowing that the animals would perish if they do not receive help, a fixed-wing aircraft of the Turkish Aeronautical Association (THK) took off with supplies for the strays. The volunteers airdropped enough food that would last until the snow melts.

Speaking to Anadolu Agency (AA), president of the Association of Animal Protection and Rescue Erman Paçalı said they delivered 350 kilograms of food.

Animal lover Faruk Açık, 45, who has been feeding the strays living on Mount Elmadağ for the last five years, said around 600 dogs were trapped on the mountainside due to the blizzard.

"We were unable to deliver them food because of heavy snowfall around the mountain. We left food near the roads but we knew there were hundreds of animals living on the higher parts of the mountain, near the ski center. I hope we delivered enough food that would help them get through these hard days," said Açık.