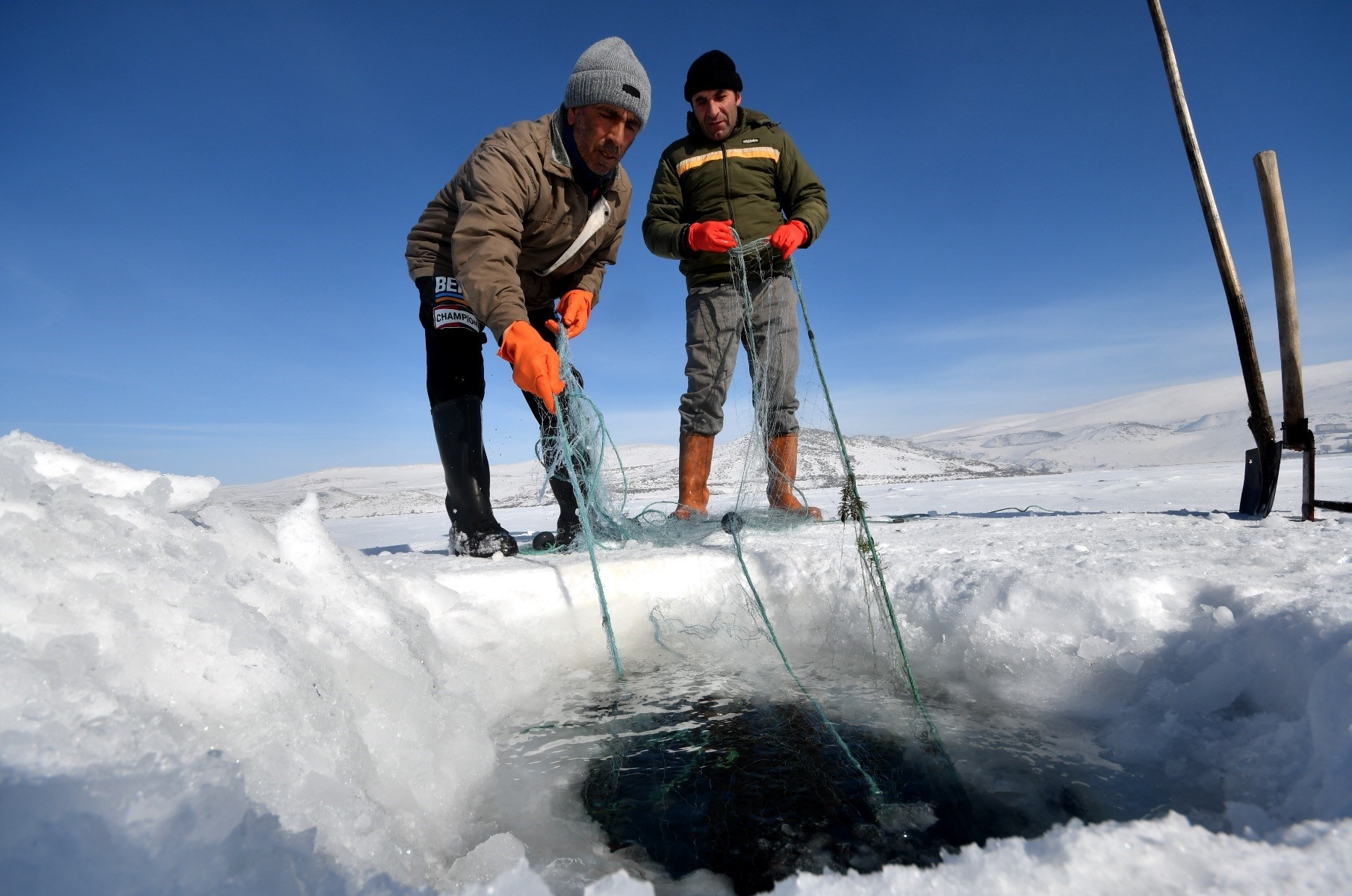 Over time humans have learned to adapt to changing weather, it is no different for fisherman in eastern Anatolia, who in the winter months have to cut through a thick layer of ice to fish

It is cold but it is colder in eastern Anatolia. Siberian colds, as meteorologists have put it, have been taking over the Eastern Anatolian Region, which have caused fishermen fishing on Lake Çıldır to adapt the methods of the Eskimos.

Lake Çıldır, the second-biggest lake of the region, is totally covered with ice in the winter months. The ice layer has reached a depth of 50 centimeters.

People who earn their living by fishing in the Doğruyol village of the district of Arpaçay go fishing without minding the cold weather. They get ready in the early hours in the morning and come to the area where they will spread their nets on the ice-covered lake by walking. 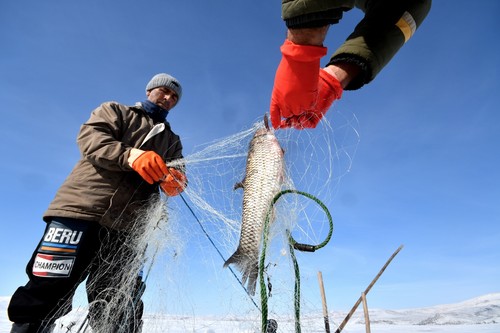 Breaking the ice with pickaxes and shovels, they leave their nets under the ice. The nets stay there nearly for a week, and the fishermen pull in their nets on a day with nice weather.

Following his father's profession, Atanur Dursun told Anadolu Agency (AA) that they live in the village near Lake Çıldır and that they earn their living by fishing.

Dursun noted that they start preparations many days beforehand in order to fish and said, "We leave our homes at 9-10 a.m. in the morning and start off taking our pickaxes and shovels. Sometimes, the weather is so cold. We break the ice at minus 20-25 degrees Celsius here." 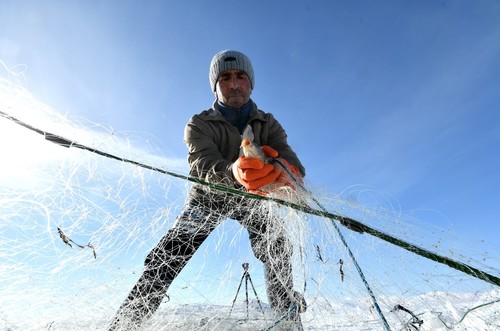 Stating that they pull in their nets from the water after waiting for some time, he continued, "We pull in the nets that we had cast earlier. Sometimes, there are fish and sometimes not. We work in line with our luck. As it is so cold and winter, fish do not swim much. Therefore, we leave the nets out for a week or 10 days and check them periodically."

Offering information about the fish living in the lake, Dursun reported: "There are especially common carp, which we call yellow fish, here. It is a good fish. It is delicious as the water of the lake is clean. Local and foreign tourists show an interest in the fish and eat it fondly. We fish with the method of Eskimos and work with pickaxes and shovels. Working on the frozen lake draws more attention. Therefore, those who are interested come here. There are also some who come from foreign countries. Everyone comes to see for themselves what they heard about."

Oktay Kaya, one of the fishermen, explained that he has been dealing with fish and fishing since his childhood and stressed, "We perform our job, loving it. There is a decrease in the rate of fish in the lake. We try to sustain the job of our fathers and grandfathers. We fish with the method of Eskimos and use pickaxes and shovels."

Remarking about how they got accustomed to the cold weather, Kaya added, "It is cold but we love our job. Actually, the beautiful part about our job is to perform it in the cold weather. We do not have any difficulty as we love it. It is our way of earning our living. Local and foreign tourists come and watch the fishing process."