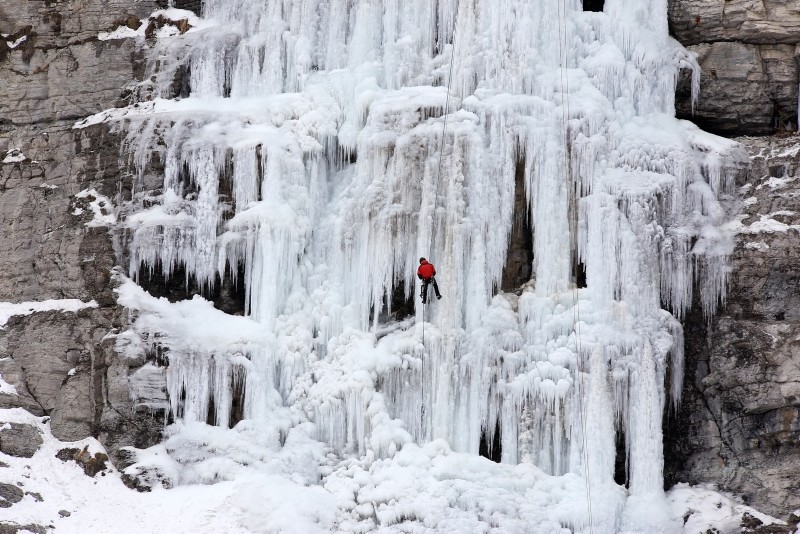 Ready to get the jitters? Join some 100 athletes from nine countries who have gathered in eastern Turkey's Erzurum to attend the 5th Ice Climbing Festival that kicked off yesterday.

The event is being organized by the Erzurum Governorate, Erzurum Metropolitan Municipality and Eastern Anatolia Project Management. Being held in Erzurum's Tortum district, the festival is looking to find the world's fastest and strongest climbers.

The climbers, divided into groups, climbed the snow-covered mountain early in the morning until they reached the frozen waterfalls that they would climb as part of the competition.

The Lucifer and Sarıgelin waterfalls are 60 and 85 meters high, respectively.

The festival commemorates Turkish mountaineer Emrah Özbay, who died while spearfishing on Aug. 28, 2014.