Man arrested for smuggling leopard cub on plane to India 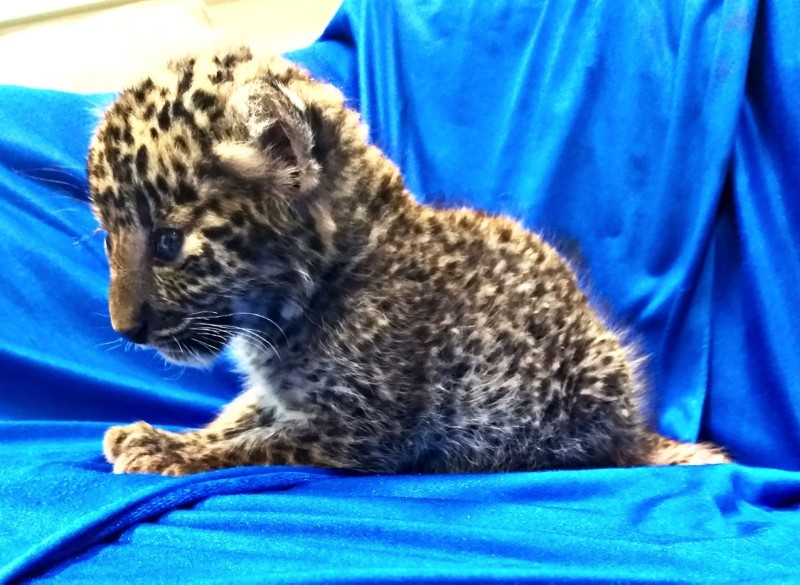 In this handout picture released by Customs Chennai International Airport and taken on February 2, 2019, shows a leopard cub after it was seized from a checked baggage of a passenger travelling from Bangkok, at Chennai airport (AFP Photo)
by French Press Agency - AFP
Feb 12, 2019 12:58 pm

A passenger who smuggled a month-old leopard cub in hand luggage on a flight from Bangkok to Chennai has been arrested, Indian authorities said Saturday.

The cub, weighing just over one kilogram (2.4 pounds), was found in a plastic grocery basket hidden inside a bag after the passenger arrived in India on the Thai Airways flight.

Officials said they grew suspicious after hearing sounds coming from the bag, and stopped the passenger as he tried to rush out of the terminal in the capital city of southern Tamil Nadu state.

"He was evasive in his replies so his baggage was opened for further examination," an official at the airport said.

"The animal was in a state of shock and was making trill sounds and appeared to be weak," he said.

The nationality of the 45-year-old passenger remained unclear, and the case was handed over to state's wildlife crime bureau.

A mobile video issued by the airport authorities shows officials giving the cub milk from a baby's bottle.

"We have taken the custody of the passenger and are questioning him on the source of the animal," A.O. Limatoshi, head of Chennai wildlife crime bureau, told AFP.

He said they are investigating whether the man was carrying the cat as part of an international smuggling ring.

Leopards are found across the Asian continent but are highly vulnerable, with their population declining because of habitat loss and poaching for the illegal trade of skins and body parts.

They are an endangered species in India -- with official estimates saying there are between 12,000 and 140,000 in total -- and smuggling them in or out of the country is illegal.