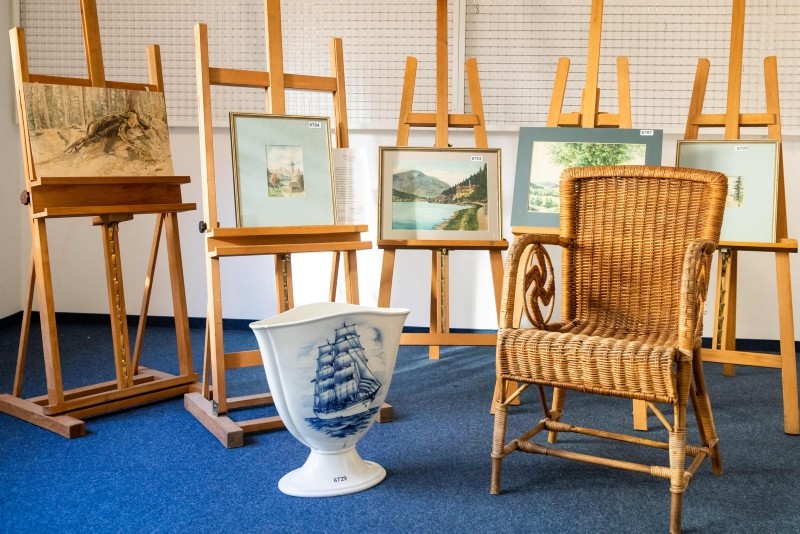 A picture taken on February 8, 2019 at the Weidler auction house in the southern German city of Nuremberg shows a wicker armchair, bearing a swastika, a vase and watercolours which are presumed to have belonged to Hitler (AFP Photo)
by Associated Press Feb 12, 2019 12:58 pm

Five watercolors attributed to Nazi dictator Adolf Hitler from his early days as a struggling artist have failed to sell at auction in the southern German city of Nuremberg, possibly over fears they could be fakes.

Three days before Saturday's auction, prosecutors seized 63 other paintings attributed to Hitler from the auction house to investigate allegations they were fakes.

As a young man, Hitler is thought to have painted some 2,000 pictures as he unsuccessfully struggled to succeed as an artist in Vienna before World War I.