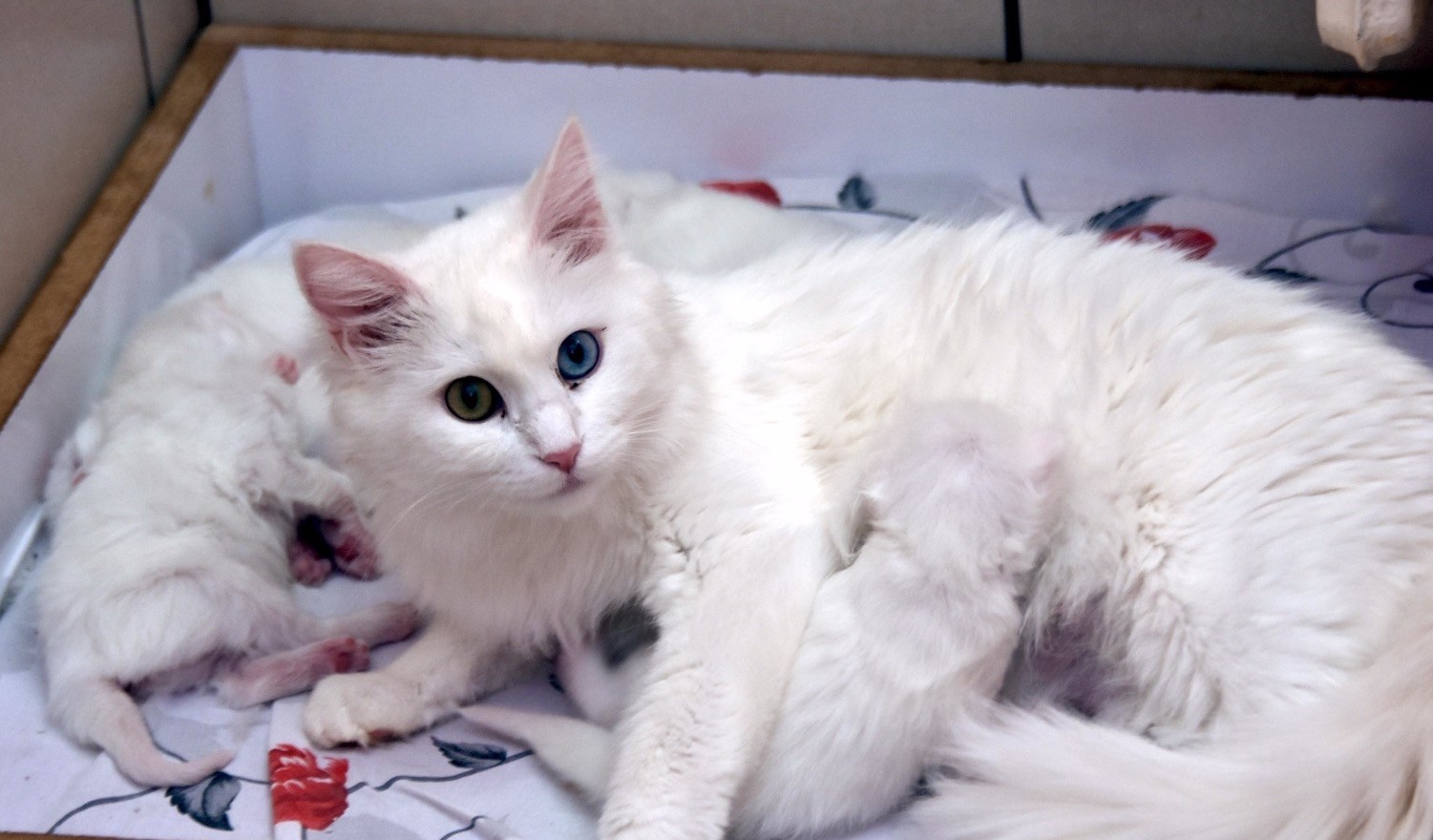 There is no doubt that Van cats are the proverbial apples of Turkey's eye. Known for their friendly demeanor, silky fur, lion-like walk, fluffy tails, mismatched-colored eyes and a fondness for water, Van cats are one of the rare animal species that have not been hybridized.

Last week, the first Van cats of the year were born at the Van Cat Villa, where these special animals are kept under protection. Two expecting Van cat mothers gave birth earlier than usual. While one of them gave birth to five kittens, the other one had four.

Although the new members of the clan were not expected until March, the caretakers said that the cats gave birth earlier than normal as their living conditions and their caretaking are better than elsewhere. The other expectant cats will give birth in October.

Speaking to the press, Mehmet Atabayır, one of the caretakers at Van Cat Villa said the moms are among the cats that mated earlier than usual.

"Normally, births start around March but these cats mated rather early. The next Van cat babies are expected to open their eyes to the world in a month's time. If nothing goes wrong, our facility will continue to welcome new babies until later this year," he added.

In 2018, the number of Van cats increased by 15 percent compared to the previous year according to data provided by Yüzüncü Yıl University's Van Cat Research and Application Center. This year however, more Van cats are expected to be welcomed than last year if everything goes smoothly.

"It seems that we will have more Van cat babies this year than the ones born in 2018. We expect to welcome up to 200 baby Van cats this year. However, it is still early to say anything. It is nature after all," Atabayır said.

When a Van cat opens its eye to the world, it is taken under intense care for at least three months. After three months, the necessary vaccines are given to the baby felines and they are separated from their mothers and join their friends in the villa.

"When they first come to the world," Atabayır said, "we check for their vitals and general health. If there is something wrong with their health, the doctors and caretakers work together to conduct the necessary treatment. However, if everything goes smoothly, we check the mother and the babies daily. After the first three months, it is healthy to separate the mothers and the babies."

Van cats are taken care of at a special facility in order to keep their numbers up and their breed pure. For those who want to adopt Van cats, the facilities sell them for a small fee.