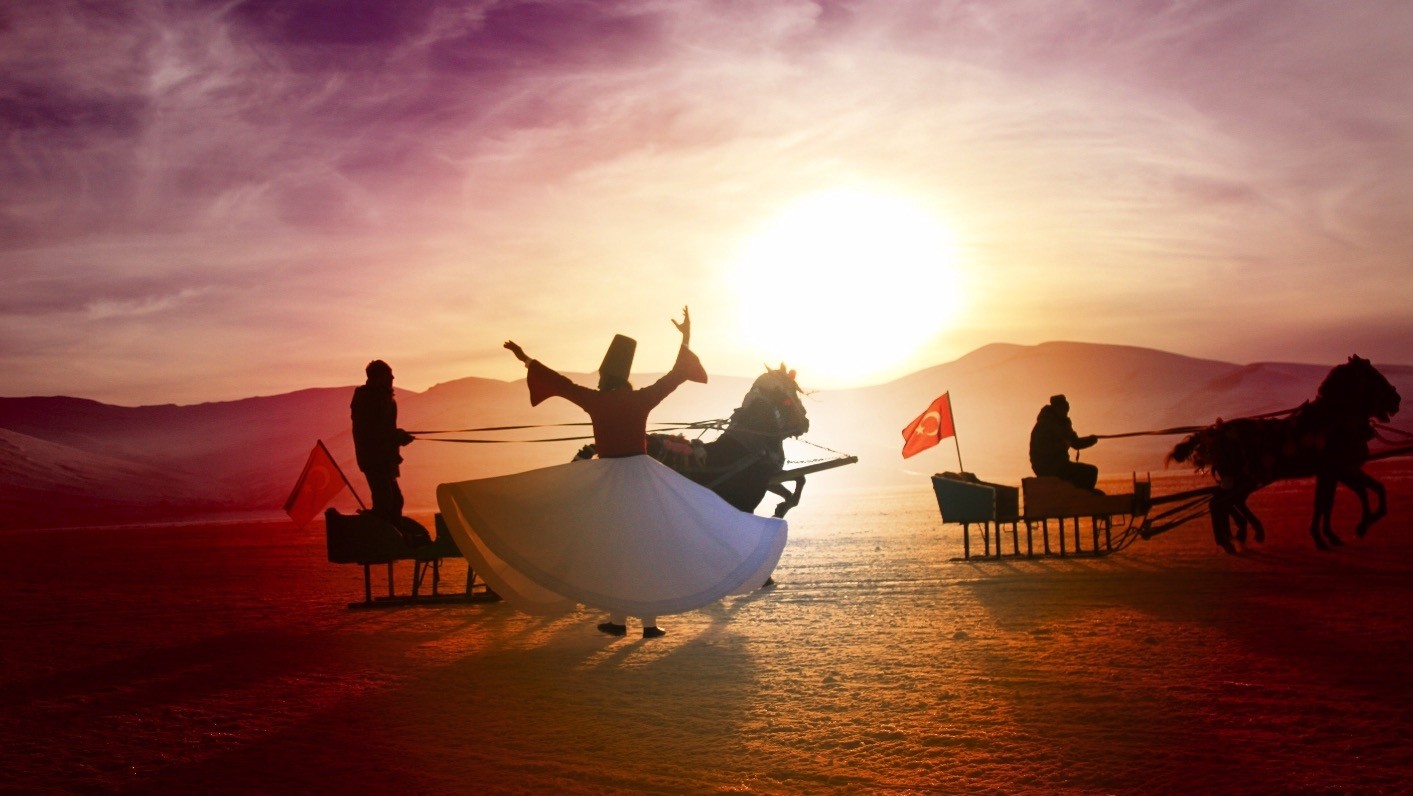 When frozen in winter, Lake Çıldır in Ardahan is really a sight to behold. The frozen lake is perfect for horse-drawn sleigh, or troika, rides with which the tourists enjoy the most beautiful views in the region. This time, however, Lake Çıldır became a stage for whirling dervishes while they performed their distinctive "sema" ritual as the sun set over the frozen lake.

When the whirling dervishes took their places, the sleigh drivers accompanied them, giving a dynamic performance for the tourists. As the sun was setting, the spiritual performance was not only aesthetically pleasing but spiritually as well.

Nevcihan Terzi, one of the guests who watched the performance, said Lake Çıldır is a place that everyone should come and see once in their lifetime. "There are tourists who came here from abroad. It is an enchanting experience to be on Lake Çıldır when it is frozen because on one side there are people fishing through holes they drilled in the ice and on the other, people riding in the troikas," she added. 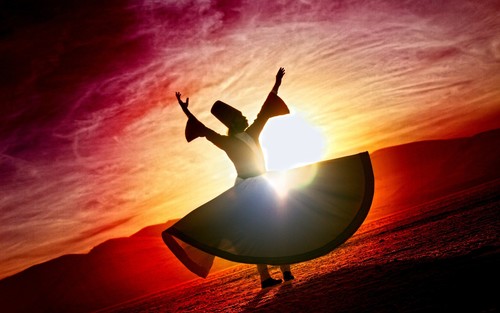 Neca Karadavut, on the other hand, was mesmerized by the sema show, which was put on by her husband Özkan Karadavut. "It was a heart-warming performance on this cold day. With Lake Çıldır on the background, it was beautiful to watch and called to our hearts. I would like to thank everyone for organizing the show. I highly recommend that everyone visit Lake Çıldır."

The sema, which Rumi - also known as Mevlana or Jalal ad-Din ar-Rumi - described as "experiencing perpetual life in mortality, being familiar with the mysteries of God without a messenger and meeting God while embracing love," is a Sufi ritual that pulls in audiences with its visual features and aesthetics. The sema, which has withstood the test of time, is associated with the Mevlevi Order and has a special divine meaning for them apart from its visual aesthetics. The whirling dervishes spin as they recite the name of God with their hearts and mouths while performing the ritual.