British cyclist stops in Turkey on his way to Japan 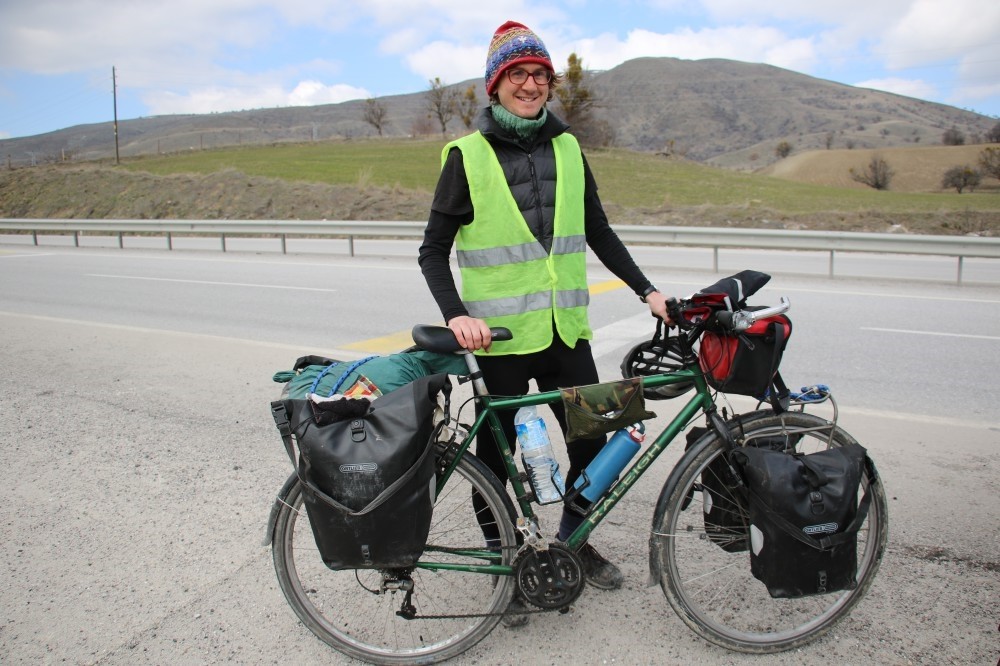 Leaving one's comfort zone is not easy but British Graham Burgess not only left his quiet life in his hometown of Hastings but decided to travel the world on a bike.

The 28-year-old left his public service job as well as his friends and family and hopped on his bike to travel from the U.K. to Japan. On his way to his destination, Burgess stopped over in Ankara and talked about his adventurous trip to the Far East. He said his aim with this trip is to show people that they have to act to realize their dreams and life is worth trying what you can and can't do.

"Everybody can live their dream but one has to try it first," he added.

Entering the country through Greece, Burgess has been cycling through Turkey for the last two years. "I really liked Turkey and had so many memorable experiences. People welcomed me warmheartedly, offering me tea and snacks," Burgess said.

During his travels through Turkey, the British man also read about Turkey and its history to gain greater insight about how its people live. "I like doing different things and I challenge myself all the time. It is nice to discover new places on bike. Traveling places, meeting new people and learning how they live are my passions," Burgess said.

Burgess's journey through Turkey also has a special place in his heart. "I have roots in Anatolia. My great grandfather had a tobacco farm in İzmir."