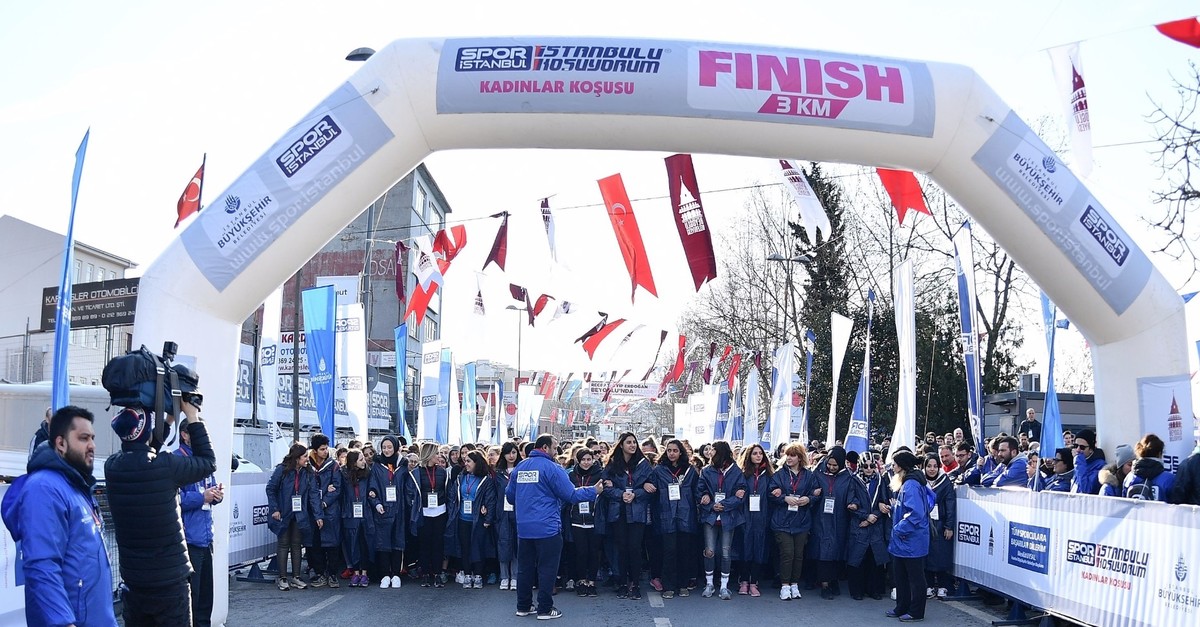 The event looked to raise awareness of women's rights as well as on the importance of exercise.

The run was jointly organized by Beyoğlu Municipality and Istanbul Metropolitan Municipality's Spor Istanbul. The race began at Hasköy following a short warmup.

Eda Yenik, who ran with a broken arm, was applauded on during the race. Yenik walked across the finishing line due to her injury but was happy to be a part of such an important event. "It was nice. I could not run but I finished the race anyway," she said. Speaking to the media at the end of the event, Beyoğlu Municipality Mayor Misbah Demircan said that they have been organizing the run for the last couple of years.

After the race, the organizers handed out carnations and medals to all participants.