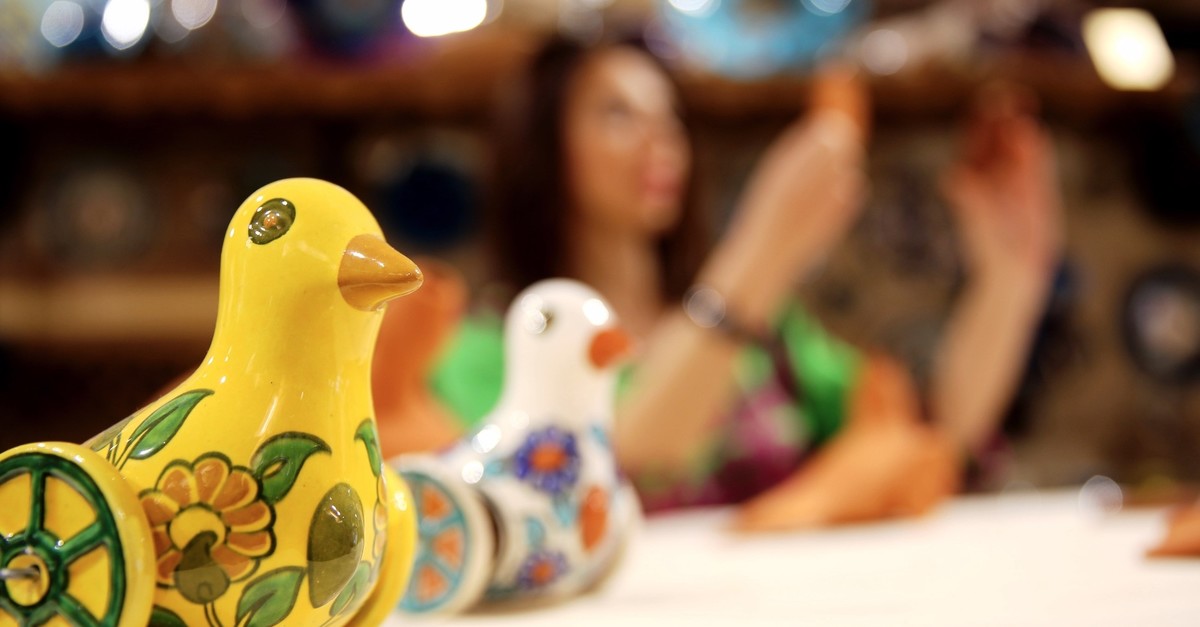 In whichever form they come, toys have a special place in children's hearts as well as the development of mankind. Ceramic and tile artist Nida Olçar replicates the 2,700 year old Phrygian toys discovered by archeologists. Olçar uses a special mud that she molds with the tuff that came from the once-active volcanoes of the region to create the bird-figured toys that Phrygians made from half-baked clay. Olçar carries the torch lighted by her late father Sıtkı Olçar, who was awarded by UNESCO as a "Living Human Treasure." Olçar has always looked for a new way to enrich her art inspired by the clay toys made by the Phrygians in the seventh century. Olçat first tried to replicate the ancient toys with tile, but then discovered that volcanic tuffs are the best material to bring these toys back to life after all this time.

"Tourists and especially children show interest in my work," said Olçar, speaking to Anadolu Agency (AA). In order to raise awareness of the antique toy culture, my team and I have been creating these toys with the tuff we collect from the foothills of Hasandağı and Erciyes mountains. After processing the tuff, we turned the material into a kind of mud and give them shape."

The Phrygian toys represent the aesthetic understanding of the masters of the time. Although the original toys are plainer, Olçar and her team prefer to give a little color to the toys to make them more appealing to the modern children. Olçar's replicas are sold for between $100 and $500.

The original Phrygian toys are displayed at the Museum of Anatolian Civilizations in Ankara and the Archeology Museum in Kütahya.