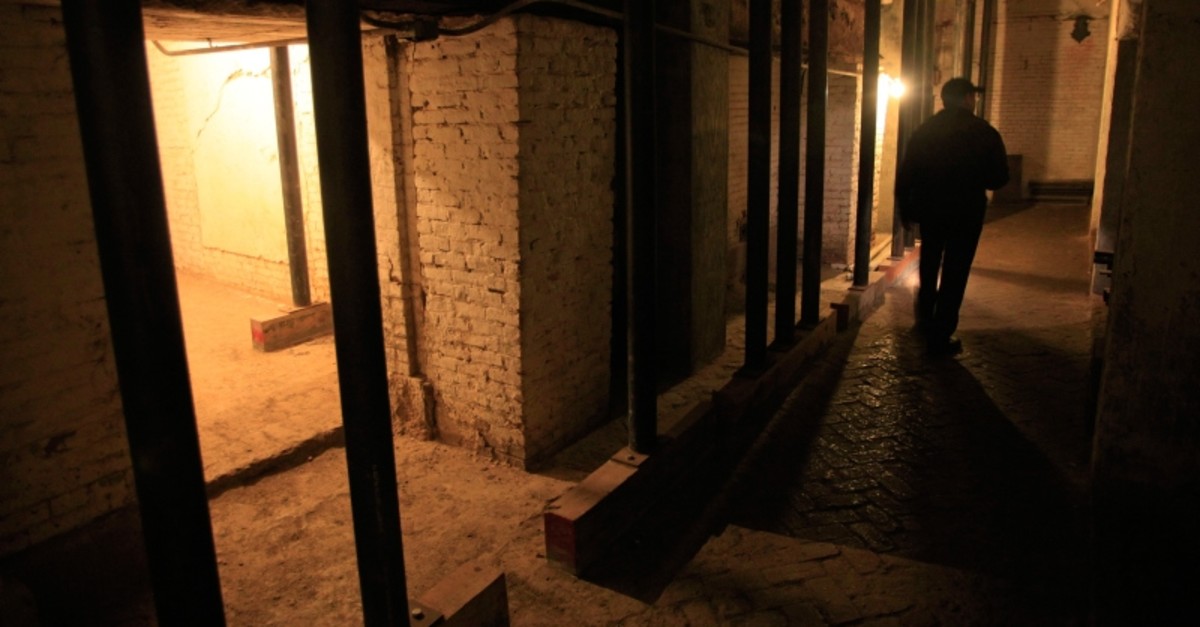 In this July 7, 2011, file photo, Jim Breeden of the Golden Gate National Parks Conservancy, walks through the dungeons below the main cell house during a night tour on Alcatraz Island in San Francisco (AP Photo)
by Associated Press Mar 07, 2019 12:12 am

Archaeologists have confirmed a long-time suspicion of historians and say that famed Alcatraz prison was built over a Civil War-era military fortification.

SFGate reports researchers have found a series of buildings and tunnels under the prison yard of Alcatraz Federal Penitentiary, which once held Al Capone.

Historians believe that workers built over existing structures when the prison was built in the 20th century.

Alcatraz first came to the attention of the U.S. government after it wrestled control of California from Mexico in the 1840s.

Its location in San Francisco Bay made it attractive for military fortification purposes.