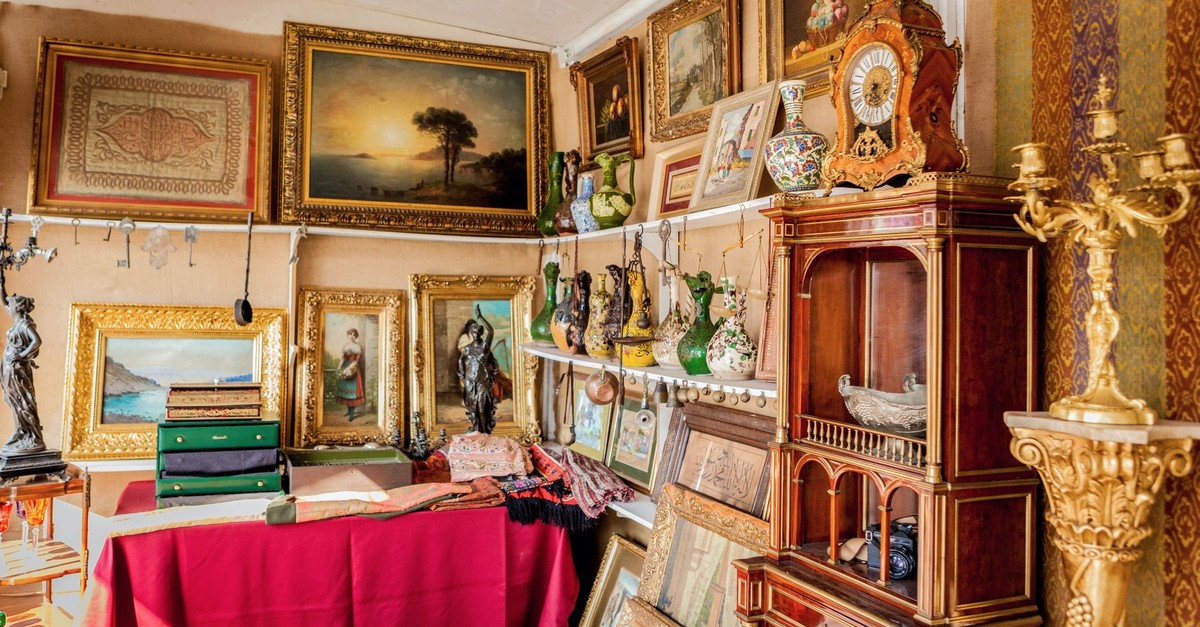 The Antique and Nostalgia Festival, organized for the fifth time, is being held at the Istanbul Naval Museum with the cooperation of the Istanbul Metropolitan Municipality (IBB) Department of Culture and the Foundation of Antique Shop Owners and Secondhand Book Sellers. The festival kicked off on Saturday and will continue until March 17.

The festival brings together 25 antique dealers from the Beşiktaş, Beyoğlu, Ortaköy, Üsküdar and Kadıköy districts this year. Antique enthusiasts can find rare works that were used in the Ottoman Empire and Europe in the 19th century like prayer beads, watches and cup sets along with nostalgic pieces like gramophone and records dating back to the 1950s-1970s.

A throne used by sultans and viziers during the end-of-day consultations is on display at the festival for enthusiasts. This magnificent piece, dating back to the 1700s, is about 100 centimeters in height and is one of the rare examples of palace craftsmanship.

Other pieces from the Ottoman Palace exhibited in the festival area are a tray with unique craftsmanship and a pearl inlay coffee table, used 130 years ago when guests were hosted at the palace.

It is also possible to see pieces produced for the European market at the festival. A cup with perfect craftsmanship and elegance produced in the 1890s is one of them. This Fragonard-designed cup is one of the last examples of its type and appeals to collectors. A precious work that came to Turkey after a European journey is a knickknack designed by hand-workmanship. This knickknack, which reflects the performance of a musician family, has been protected since the 1920s and has managed to survive till today.

The festival is open to visitors at the fair hall of the Istanbul Naval Museum from 10 a.m. to 9 p.m., free of charge.