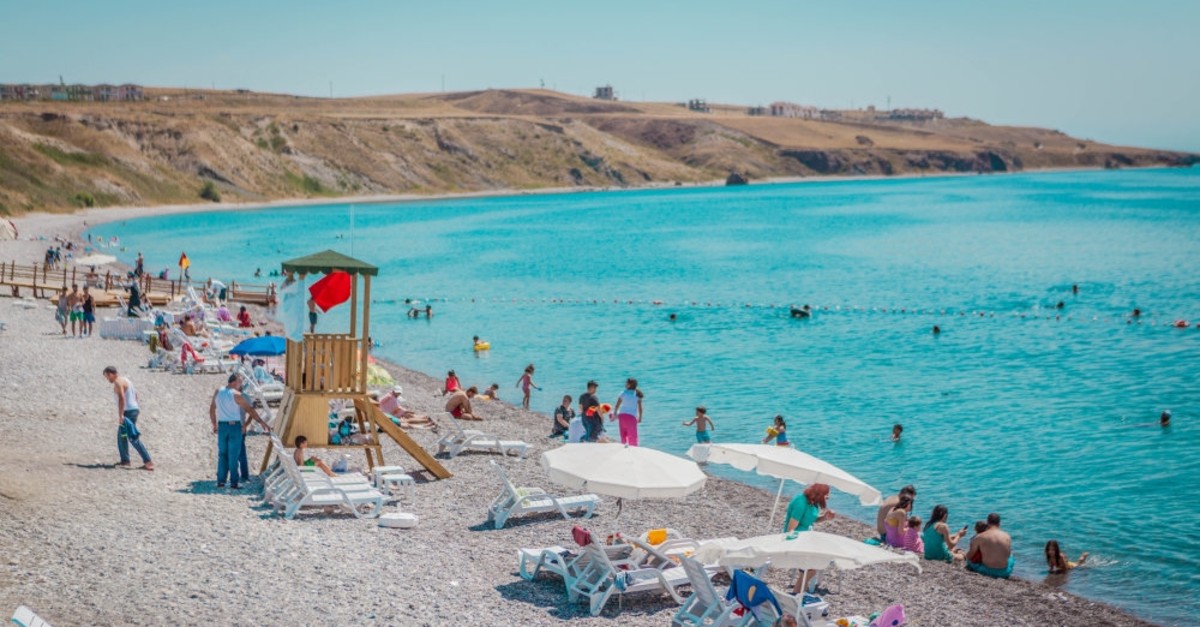 Lake Van's Blue Flag beaches lures tourists from other provinces as well as neighboring countries.
by Hazal Ateş Mar 12, 2019 12:20 am

Ahead of the summer season, Turkey has initiated close surveillance over the seas and beaches in order to offer a clean environment to tourists.

With its 459 environmentally sound Blue Flag beaches, Turkey ranks number three after Spain and Greece as housing the most Blue Flag beaches. Turkey's beaches, including the blue flagged ones, are monitored online to stop any pollution. Speaking to the press, Culture and Tourism Minister Mehmet Nuri Ersoy said they have appropriated funds for wastewater treatment plants, deep-sea drainage and other infrastructure to stop any element that would affect the cleanliness of the sea waters.

"We are supporting all the work that is initiated to make sea waters of Turkey appropriate with the European Union criteria. Every year, certain studies take place in Blue Flag beaches to determine which improvements would take place as well as the potential of the sites. The aim is the preserve the number of Blue Flag beaches as well as their quality. In order for sea water macrobiotic analysis, we have also spared funds for the Ministry of Health," said Minister Ersoy.

Ersoy also explained that the studies conducted at beaches all around Turkey's coasts helped the increase in number of Blue Flag beaches over the years. "Last year, we came third in the world by housing a number of 459 blue flag beaches. We are aiming to increase this number with the studies and analysis that will take place in the upcoming years," added Minister Ersoy.

In order to track the sewage that leaks into the sea directly, negatively affecting the environment and social life in the surrounding areas, the ministry has launched an online tracking system. To achieve the goal of a clean environment and sea water, the Ministries of Environment and Urbanization, Culture and Tourism and Health work hand in hand. While the first two ministries handle the tracking and rehabilitating the sewage and waste waters, the Ministry of Health undertakes the routine analysis of the sea waters.