Darülaceze: A home for all since 1895 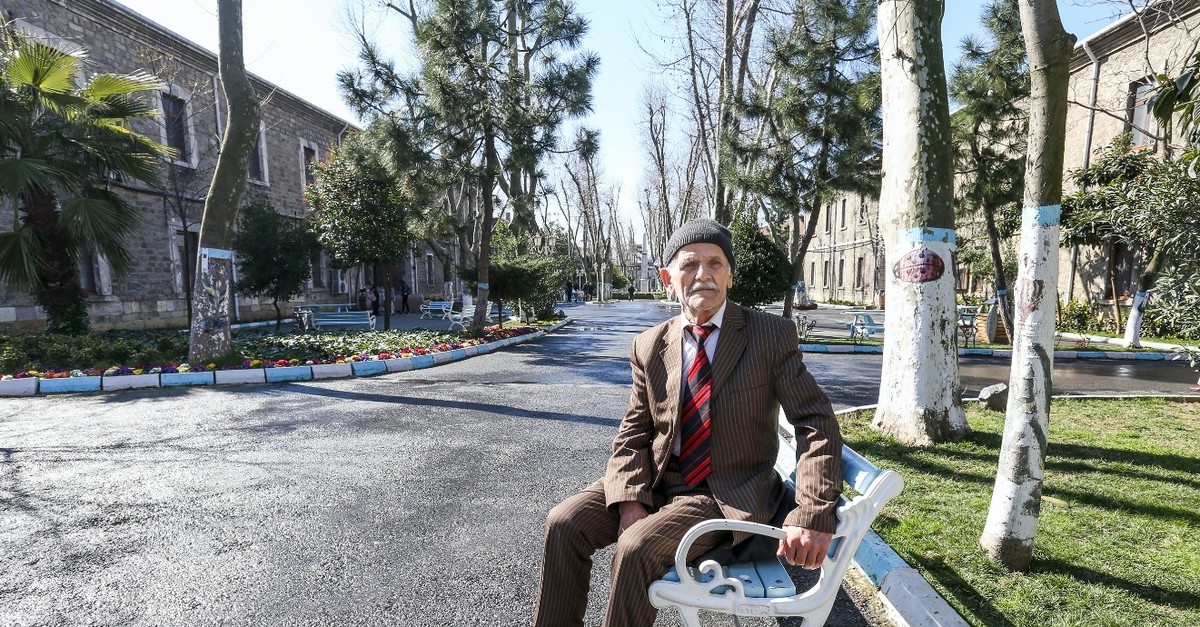 Since its foundation, Darülaceze has been home to nearly 80,000 people. Regardless of religion, ethnicity, class or gender, Darülaceze opens its doors to people in need, the elderly, the disabled and orphaned children

The founding of Darülaceze came to the fore in 1877 during the Ottoman-Russo War as the war caused a mass migration to Ottoman lands, and around 400,000 people were left on the streets with no one to take care of them. Ottoman Sultan Abdülhamid II ordered the founding of the Darülaceze (Poor House) to bring the beggars, orphaned children and people in need who sought shelter in the mosque yards in Istanbul and help them learn crafts while offering the elderly a warm home to spend the rest of their days.

According to stories, once the project was approved, the authorities hung lamb liver in eight places around Istanbul as it is believed that liver does not go bad if the air is clean enough. Hence, when the liver hung in Okmeydanı went bad the last, Darülaceze was founded on that spot.

Home for thousands for more than a century

To meet the cost of the foundation of Darülaceze, Sultan Abdülhamid II donated his own personal belongings which were worth 7,000 gold coins at that time. Moreover, he donated 10,000 gold coins in cash as well. To gather enough money, the sultan also chaired a charity event during which 50,000 gold coins were raised. Since the day it was founded, Darülaceze has become home to 72,000 people, 29,000 of whom are children. Darülaceze, which currently provides services under the umbrella of the Ministry of Family, Labor and Social Services, meets all the needs of its residents from clothing to shelter, food and health care. The Darülaceze complex features a mosque and a church side by side whose doors are open to everyone anytime to pray.

A new complex for Darülaceze will be built and will be bigger and more modern spanning an area of over 150,000 square meters in Arnavutköy. This is because the current historical building can no longer meet the needs of the place. The new building will feature specially designed rooms for the disabled and sick as well as a congress center, a school, mosque and workshops. It is reported that there are currently 3,000 people on the waiting list who want to come and live at Darülaceze. With the new building, there will be hope for these people and the torch lit by Sultan Abdülhamid II will blaze again much stronger.

Residents, volunteers happy to be here 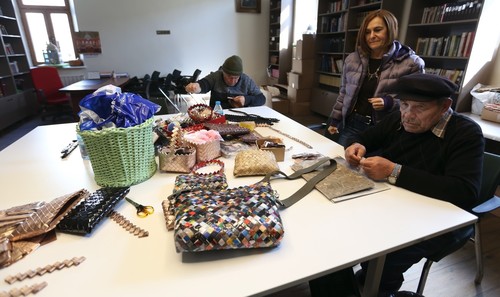 At workshops at Darülaceze, residents make crafts and sell them.

As you stroll in the gardens of the complex, you have a chance to chat with some of the residents and it is fair to say that everybody is happy. For them, Darülaceze is not a place to live for the rest of their lives, but a place to find hope. Füsun is one of the people who was admitted to Darülaceze since she has no one to take care of her. When she first arrived, she was extremely sad but now she says it is like a home to her. "Darülaceze knows how to resurrect people while people are dying from hopelessness," she said.

Today, Darülaceze does not receive any money from the state but runs things with the help of volunteers. There are volunteers who donate to the center while others visit the complex every day to help out.

Sevim is one of the volunteers who paid a visit to Darülaceze out of curiosity 12 years ago and since then has become a regular visitor to help the residents as well as the employees. She is a guardian angel of the sick. She dyes the hair of the lady residents while changing their bed sheets and helping them with self-care, what is fantastic is that she does all these with great love. With her generosity, Sevim is thought of as the antithesis of the selfishness of the modern world.

The rehabilitation facility in the Darülaceze complex features many different branches from printing workshops to tailoring and weaving. The residents are able to learn new crafts and arts. The things produced at these workshops are sold inside the Darülaceze complex. Do purchase one or two things if you visit, because the revenue goes directly to Darülaceze and the people who created it.

Hamza Cebeci, the head of Darülaceze speaks about the residents of Darülaceze who come from all over Turkey and sounds like a father rather than a manager as he speaks with the utmost sincerity. He also talked about the interesting things about the history of Darülaceze. For instance, eight of the 16 founders of Darülaceze were non-Muslims. The Ottoman Minister of Finance Agop Pasha, Minister of Trade Raif Pasha, Tradesman Armenian Tubini and Minister of Palace Organization Münir Pasha are named side by side on the founders' list. This is the thing that Sultan Abdülhamid II paid attention to: Representation of all segments of society and there is no better example in the world. Even sitting around the table with Mr. Cebeci, which was made by Sultan Abdülhamid II himself, shows us the kindness under the grandeur of the Ottoman Empire.