Off-road festival on mountain to get adrenaline pumping 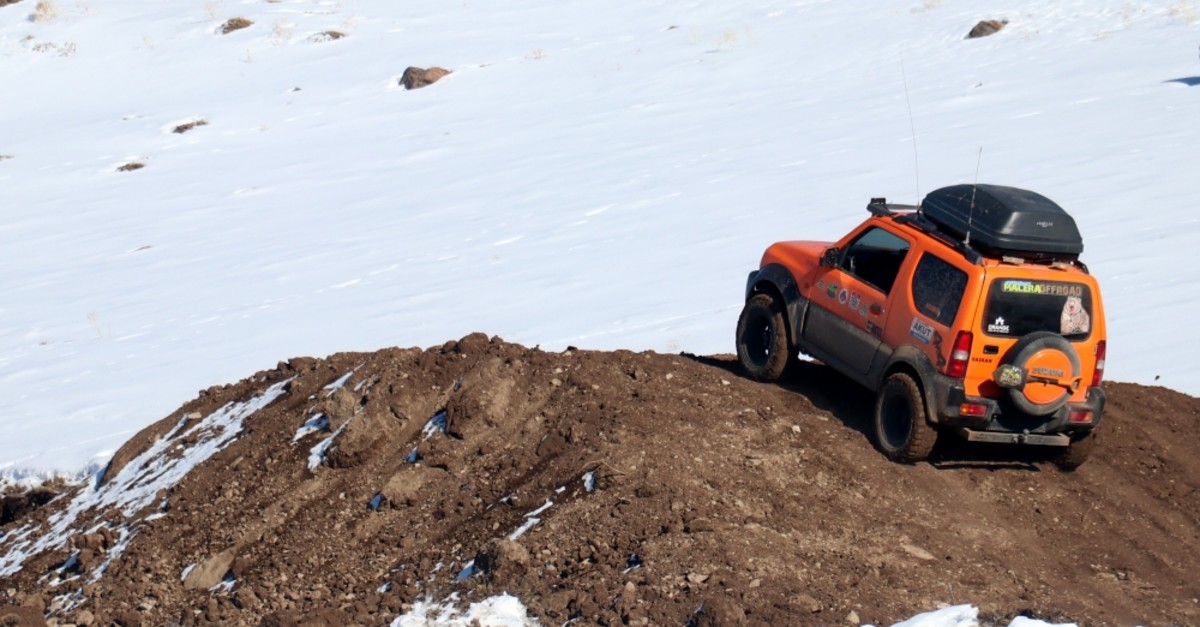 The International Adventure Off-Road Games will feature off-road vehicles from neighboring countries.
by Daily Sabah with AA Mar 22, 2019 12:09 am

Palandöken in eastern Turkey's Erzurum's is already one of the region's top ski destinations. Now, it is set to become a hub for extreme sports as it gets ready to host the International Adventure Off-Road Games.

More than 210 vehicles and athletes from 42 different cities in Azerbaijan, Georgia and Iran will gather at Palandöken this weekend for the event. The event is being organized by Erzurum Adventure Off-Road Nature Sports Club, with the support of Erzurum Governorate and the Erzurum Metropolitan Municipality. The president of the club, Lokman Toptaş, told Anadolu Agency (AA) that they are taking last minute preparations. Currently, the organizers are dealing with the opening parkours for the off-road vehicles. There will be two parkours in the foothills of Mount Palandöken at an altitude of 800 meters and 2,000 meters, respectively.

"Off-road vehicles will race at 2,000 meters while heavy vehicles will take their competition at the parkour at 800 meters," Topbaş said.

The two-day event will feature races as well as other activities and will end with an award ceremony. "Palandöken will host a motor race for the first time," said Topbaş. He is also very confident that the races will show people the potential Mount Palandöken possesses. "This is the first time that an off-road race will take place at this altitude in Turkey," he added.

The Erzurum Adventure Off-Road Nature Sports Club hosts more than 3,000 domestic and international off-road enthusiasts every year but they want to show more people that Palandöken is the perfect place, where people can spice up their winter holiday with a little bit of adrenaline.

"Our primary concern is to show people that Palandöken is not a place where you can only ski and snowboard. There are many other sports branches that people can do and feel the blood pumping in their veins," said Bahri Bozkurt, one of the members of the club.

Offering a nonstop ski experience to its guests, the Palandöken Ski Center on Palandöken Mountain in Erzurum province has become one of the best winter tourism attractions in the world. Every year, Palandöken Ski Resort welcomes hundreds of thousands of tourists from all over Turkey as well as neighboring countries, including Russia and Iran.

With a capacity for 12,000 skiers, the center has 24 trails, which are among some of the longest and steepest in the world. While beginners can enjoy eight easy and mid-level tracks, for enthusiasts who want to push the limits, there are three advanced-level tracks.

Two of these various tracks - one of them being the longest in Turkey and third-longest in the world - have also been registered for slalom competitions by the International Ski Federation (FIS).