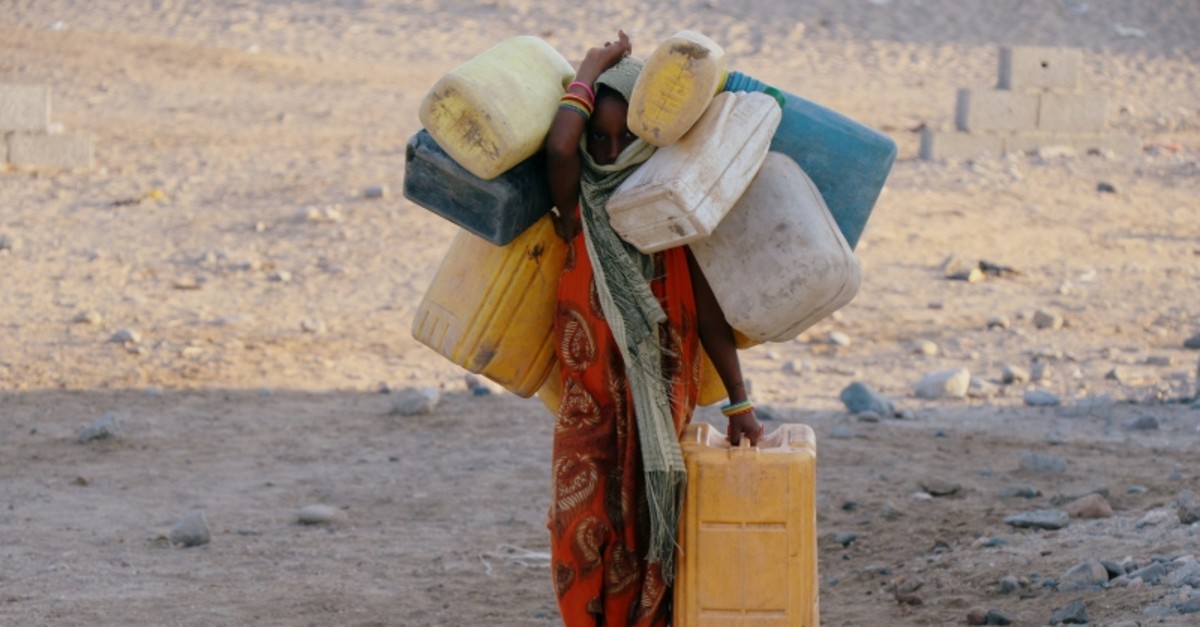 A girl carries jerry cans to fill them up with drinking water at a camp sheltering displaced people from the Red Sea port city of Hodeidah near Aden, Yemen November 12, 2018. (REUTERS Photo)
by Mar 27, 2019 12:32 am

Children under age 15 are almost three times more likely to die from diseases due to lack of clean water and sanitation than from violence in countries in conflict, the United Nations' children's agency reported on Friday.

Most vulnerable are young children under age 5, who are 20 times more likely to die from diseases than violence, said the report by UNICEF, released to coincide with World Water Day.

Specifically, children die of diarrhea-related illness, such as cholera, when conflict restricts access to clean water, it said.

The research looked at the health consequences of unsafe water and sanitation for children in 16 countries undergoing conflict, including Myanmar, Afghanistan and Yemen.

"In these conflicts – and other emergencies – providing rapid, comprehensive and safe water and sanitation is a matter of life and death," said the report.

UNICEF reported 85,000 diarrheal deaths due to poor water, sanitation and hygiene in children from 2014 to 2016, compared with just under 31,000 deaths due to violence, citing World Health Organization (WHO) data.

"They are often the ones at greatest risk, especially young children who haven't built up immunity to bacteria that can cause diarrheal disease," he said.

Diarrhea-related illness is the second leading cause of death for all children under 5, depleting body fluids and causing dehydration, according to the U.S. Centers for Disease Control and Prevention.

Particularly vulnerable to dehydration are children and infants, who lose fluids more quickly than adults and are less able to communicate their needs, experts say.

In conflict, journeying to a water source may carry the risk of being shot or sexually assaulted, the report said.

In Yemen, which has had one of the worst cholera epidemics in recent history, a third of the cases were children under age 5, according to WHO.

The UNICEF report noted a few exceptions, saying children under 15 in Iraq and Syria were more likely to die of violence, as were children under age 5 in Syria and Libya.

Methods of warfare in those countries, such as aerial bombing of urban areas, landmines and unexploded ordnance put children at high risk, a UNICEF spokesman said.