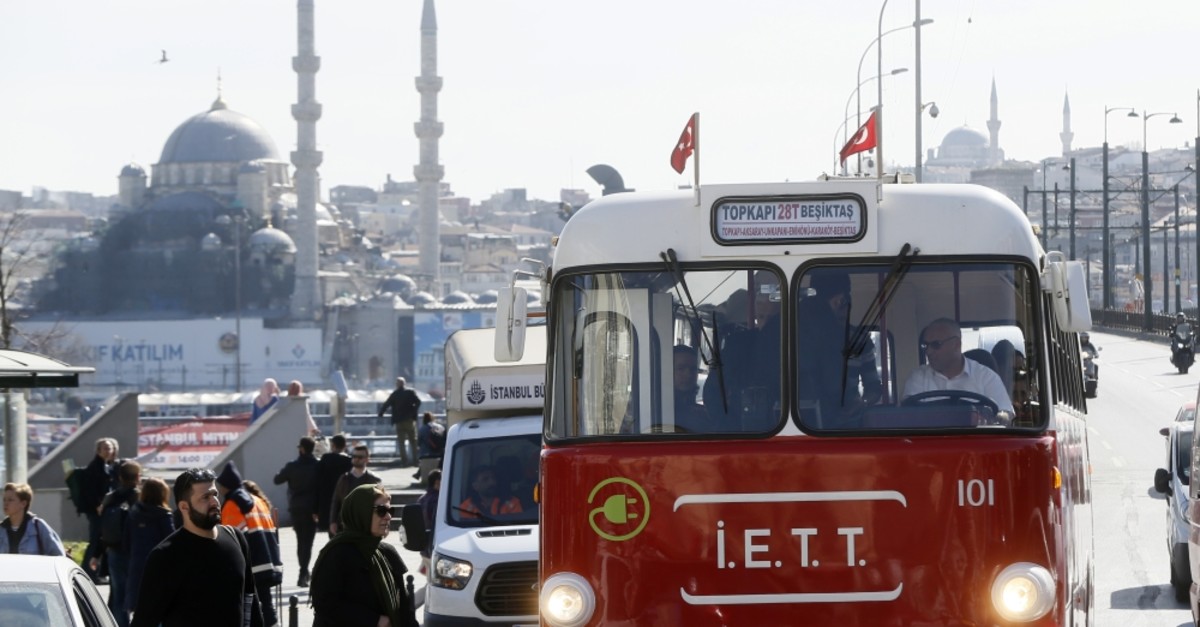 The Istanbul Metropolitan Municipality (İBB) has transformed a 1968 model trolleybus into an electric bus after five months of repairs and offers Istanbulites nostalgic tours between Topkapı and Beşiktaş five times a day.

Reintroduced to the public transportation network of the city, the electric bus, which is named "Tosun," aims to raise environmental awareness among urban dwellers. People who see Tosun on the streets of Istanbul are first shocked but that shock later turns to a nostalgic feeling for the old days. Some even get on the bus, even though it is not on their route, just to reminisce about the Istanbul of their memories.

Mehmet Evliyagil, for instance, is one of Tosun's passengers who got onto the bus just as a reminder of the old days. Evliyagil said the sight of Tosun took him back to the '70s and '80s: "This is a perfect time machine. It is nice to see this bus renovated and back on the streets of the city. It is a much more quiet journey since it is now electric. This bus ride took me to the old days."

For Nalan Kahraman, getting on Tosun evoked the memories of the old days; yet there is something missing. "When I stepped onto the bus, I remembered the ticket sellers. Tosun lacks one but it is still a journey down memory lane. When I first saw the bus, I was quite surprised and although I was going in another direction, I felt the need to get on," Kahraman said.

Some of the passengers might remember the days these buses were driven around the city, but for the younger generation, seeing Tosun on the street is like a scene from an old Turkish movie. Hami Durmuş said this is the first time he has seen one of these buses. "I enjoyed the ride a lot. It reminded me the old Yeşilçam movies."